Chief Minister Hemant Soren has been stressing that even though the rate of recovery is more than 98 per cent in the state, the danger is not over. 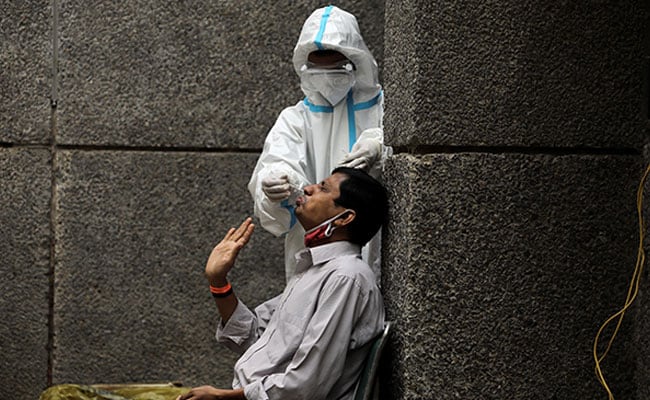 All 21 including eight children in the age group of 2-12 years have been hospitalised. (Representational)

A Jharkhand village - Haradag Khurd in Garhwa district- has been put on high alert post detection of as many as 21 COVID-19 positive villagers in a short span of two days after return of migrant workers from Madhya Pradesh, officials said Friday.

All 21 including eight children in the age group of 2 and 12 years have been admitted to Sadar Hospital, Garhwa and their all contacts have been isolated.

Among the returnees from a Madhya Pradesh colliery area where Delta plus variant of the contagion has been detected, one worker was initially found suffering from coronavirus and its suspected that the villagers might have caught the infection from him.

"Initially 19 villagers were found positive. All of them have been admitted to Garhwa Sadar hospital. We are taking all possible steps to contain the spread of the virus and have kept officials on high alert in the area,," Jharkhand Additional Chief Secretary, Health, Arun Kumar Singh told PTI.

Mr Singh said the infected migrant worker had returned to Haradag Khurd under Ramana block of Garhwa from Madhya Pradesh where he worked in a collierty area, where Delta Plus variant has been detected.

A total of 5,126 people have so far lost their lives due to contagion in Jharkhand which is battling the deadly second wave of COVID-19.

The state over quite some time has been witnessing lesser number of new positive cases but detection of 21 cases in a short spell of time in the Garhwa village has raised concerns among the health officials.

"Our surveillance team is visiting villages and we are taking all possible steps to contain the spread...Special precautions are taken in the village Haradag Khurd with a population of about 300 villagers," Garhwa Deputy Commissioner Rajesh Kumar Pathak told PTI.

Civil Surgeon, Garhwa, Dr Kamlesh Kumar said during the course routine sample collection at railway station, sample of migrant labourer Awadhesh Vishwakarma was found to be positive in the report and he was traced to village Haradag Khurd.

"The health machinery swung into action and 25 persons including all his family members were subjected to tests along with two other families with whom he interacted. Twenty people were found to be positive including the migrant worker and eight children who are in the age group of 2-12 years," the Civil Surgeon told PTI.

Officials said if required the samples would be sent to Regional Genome Sequencing Laboratory (RGSL), Institute of Life Sciences (ILS) Bhubaneshwar for WGS as Jharkhand at present does not have the machine for Genome sequencing.

Whole genomic sequencing (WGS) is a laboratory process that is used to determine nearly all the approximately 3 billion nucleotides of an individuals complete DNA sequence, including non-coding sequence which is instrumental in characterising the mutations and tracking disease outbreaks.

Last month, alarmed at new coronavirus strains like Delta and Alpha afflicting 328 people, the state government had ordered sending samples of patients within 48 hours of their death for genetic study to help evolve a strategy to contain their spread.

Battling the deadly second wave of the COVID-19 that has claimed 5,126 lives in tribal-dominated Jharkhand, the state government is concerned as these variants like Delta, Alpha, and Kappa are said to be more transmissible.

Of the 328 positive cases last month, 194 cases were of Delta variant B.1.617.2 which is a "variant of concern". A variant can be labelled as "of concern" if it is more contagious, more deadly, or more resistant to current vaccines and treatments, the World Health Organisation has said.

Twenty-nine cases were found to be of B.1.617.1 variant which has been named Kappa while 29 cases were of B.1.1.7 Alpha variant. The Alpha variant is also a strain "of concern" as it spreads more rapidly than the original strain.

Chief Minister Hemant Soren has been stressing that even though the rate of recovery is more than 98 per cent in the state, the danger is not over.

"According to experts, the third wave may trouble us in six to eight weeks and the state government has made preparations for it but it would not be possible without the help of people", he has said.