The video of the interaction was shared on Twitter by the Prime Minister's office. The video was liked around 1800 times and retweeted over 400 times. 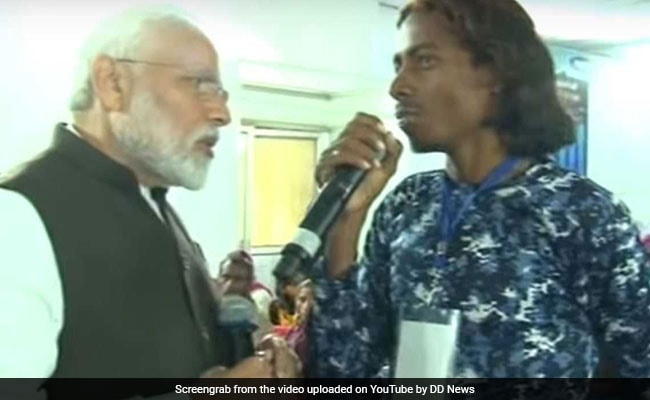 Prime Minister Narendra Modi was on a visit to Jharkhand on Sunday to inaugurate developmental projects where he spoke with beneficiaries of Ayushman Bharat at an event. Ayushman Bharat is the centre's healthcare scheme that was launched in September last year.

The video of the interaction was shared on Twitter by the Prime Minister's office. The video was liked around 1800 times and retweeted over 400 times.

A song of happiness and good health!

A beneficiary of Ayushman Bharat expresses gratitude to PM @narendramodi through a song in the Nagpuri language.

The PMO's twitter handle also shared three other videos of beneficiaries of the healthcare scheme sharing their experiences with the prime minister.

Finance Minister Piyush Goyal had while presenting the budget said 10 lakh patients have been treated so far under the Ayushman Bharat scheme.

The Ayushman Bharat is billed as the world's largest government-funded healthcare which would benefit 50 crore Indians. Dubbed "Modicare", PM Modi had launched the scheme from Jharkhand's capital Ranchi and called it "a big step towards providing good quality and accessible healthcare to the poor of India. Under the flagship programme, nearly 10 crore economically backward families are entitled to Rs. 5 lakh each.