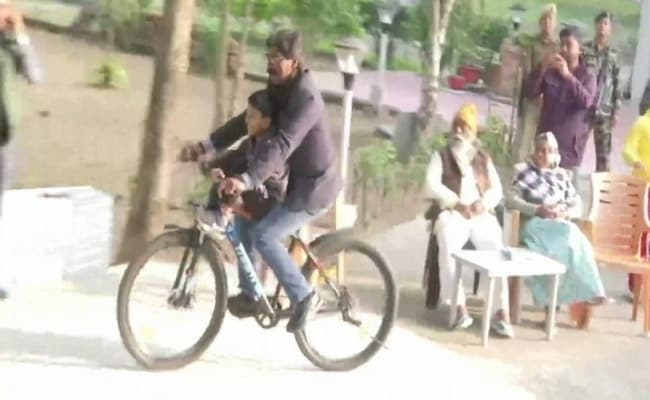 Jharkhand Mukti Morcha working president Hemant Soren on Monday celebrated his party's win in the Jharkhand assembly polls by riding a bicycle at his home.

Mr Soren even gave a photo-op to the waiting TV camerapersons and news photographers as he rode the bicycle in circles at his home.

The media waited for over half-an-hour as the scheduled press conference was delayed.

He also touched the feet and took the blessings of his parents - his father JMM president, Shibu Soren and his mother Roopi Soren.

"I am happy with the results," his mother told the waiting newsmen.

The Jharkhand Mukti Morcha (JMM)-Congress alliance had a decisive victory in Jharkhand as votes were counted on Monday.