The government has now come up with a fact file on the matter that shows only 172 people were named as accused in the 23 FIRs filed on the issue of "Pathalgarhi" - an anti-establishment, self-rule movement in parts of Jharkhand's tribal belt. 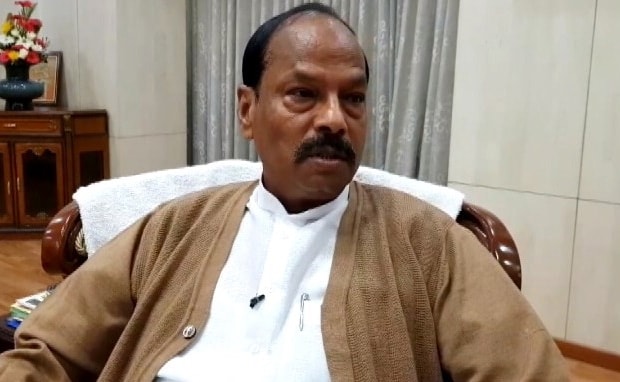 This news report of sedition charge against more than 10,000 people was wrong: Raghubar Das

The Raghubar Das government in Jharkhand has gone into damage control mode after the opposition has launched concerted attack on the government over reports of 10,000 tribals being accused under the tough sedition laws.

The matter has become a hot button issue as campaigning for the first round of the state elections picks up speed in Jharkhand.

The government has now come up with a fact file on the matter that shows only 172 people were named as accused in the 23 First Information Reports filed on the issue of "Pathalgarhi" - an anti-establishment, self-rule movement in parts of Jharkhand's tribal belt.

Opposing forcible acquisition of tribal land, the Pathalgarhis advocated setting up a parallel administration based on the traditional tribal governance system, which led to a clash with the administration.

"This news report of sedition charge against more than 10,000 people was wrong and we did take stern action against those indulging against anti-national activities. It was so especially in this case, for people behind opium business tried to exploit poor tribals," Chief Minister Raghubar Das told NDTV.

According to Ashutosh Shekhar, the chief of the local police, chargesheets were filed against 64 accused, but not all were accused of sedition. Only 43 people were arrested and property of absconding 21 common accused was attached. Of the 172 accused, the names of several were repeated in several FIRs, he said.

The local police, however, admitted that in each and every FIR, there were hundreds of un-named accused. But so far, none of them have been identified or arrested, said Ashutosh Shekhar, adding that "things have been deliberately blown out of proportion".

Yesterday, the Congress's Rahul Gandhi attacked the government over the sedition case.

"That any Govt. could slam the draconian "sedition" law on 10,000 Adivasis, fighting against state oppression, should have shocked the conscience of our nation & raised a media storm. But it hasn't. Our "sold out"media may have lost its voice; as citizens can we afford to?" his tweet read.

The "pathalgadi" movement had swept the state over two years since 2017. It was the tribals in Khunti -- a district practically in the backyard of state capital Ranchi -- who started using ''pathalgadi'' as a form of protest against the central government.

In 2017, monoliths started to appear at the entrance of villages, on which the tribals carved parts of the Indian Constitution that gives special autonomy to tribal-dominated areas.

Soon after, tribals of Khunti held groundbreaking ceremony for the Bank of Gram Sabha, Tribal Education Board, Health Board and Defence Board, pushing the state to take action.