Jharkhand Election Phase 3 Live Updates: A voter turnout of 57.96 per cent was recorded till 3 pm in the third of the five-phased Assembly elections in Jharkhand

Jharkhand Election: 17 seats went to polls in third phase of the Jharkhand elections.

Voting ended for 12 of the 17 assembly seats at 3 p.m. in the third phase of the polls with 61.9 per cent votes being cast today. The voting will end at 5 p.m. for the Ranchi, Hatia, Kanke, Ramgarh and Barkatha assembly seats.

A voter turnout of 49.2 per cent was recorded till 3 pm in the third of the five-phased Assembly elections in Jharkhand. Polling for the 17 seats in the phase 3 of the Jharkhand assembly elections started at 7 am this morning.

He said security forces have also been deployed in the constituencies that will witness voting on December 12. The fate of 309 candidates, including 32 women nominees, will be decided by 56,18,267 electorate, the CEO said. The electorate include a total of 26,80,205 women and 86 third gender voters.

Here are the Highlights Of Voting In Jharkhand Election Phase 3:

Dec 12, 2019 20:03 (IST)
'Make in India' but it has become 'rape in India': Rahul Gandhi
"Modi claims 'Beti Bachao Beti Padhao'... but from whom to save the girls? Girls have to be protected from BJP MLAs. You might have heard 'Make in India' but it has become 'rape in India': Rahul Gandhi
Dec 12, 2019 19:55 (IST)
Maoist leader Maharaja Parmanik's parents cast their votes at Ichagarh.
Dec 12, 2019 19:55 (IST)
A newly married couple cast their votes at polling booth number 225 of Hazaribagh. Priyanka was married on Wednesday night and she came with her husband for voting on Thursday morning.
Dec 12, 2019 19:14 (IST)
Jharkahnd Governor Draupdi Murmu cast her vote at ATI Ranchi, while All Jharkhand Students Union (AJSU) Party President Sudesh Mahto cast his vote along with his wife at Silli. Former Union Minister and BJP MP Jayant Sinha cast his vote in Hazaribagh.
Dec 12, 2019 16:24 (IST)
Will waive farm loans if Opposition alliance comes to power in Jharkhand: Rahul Gandhi
"The first priority of the opposition alliance would be to waive farm loans up to Rs 2 lakh. The Congress governments in Chhattisgarh, Rajasthan and Madhya Pradesh procure paddy at Rs 2,500 MSP. Farmers in Jharkhand will also get the same MSP rate, if we win the election," Rahul Gandhi said
Dec 12, 2019 14:13 (IST)
45.14% Polling Recorded Till 1 pm
A voter turnout of 45.14 per cent was recorded till 1 pm in the third of the five-phased Assembly elections in Jharkhand, according to the Election Commission of India (ECI). 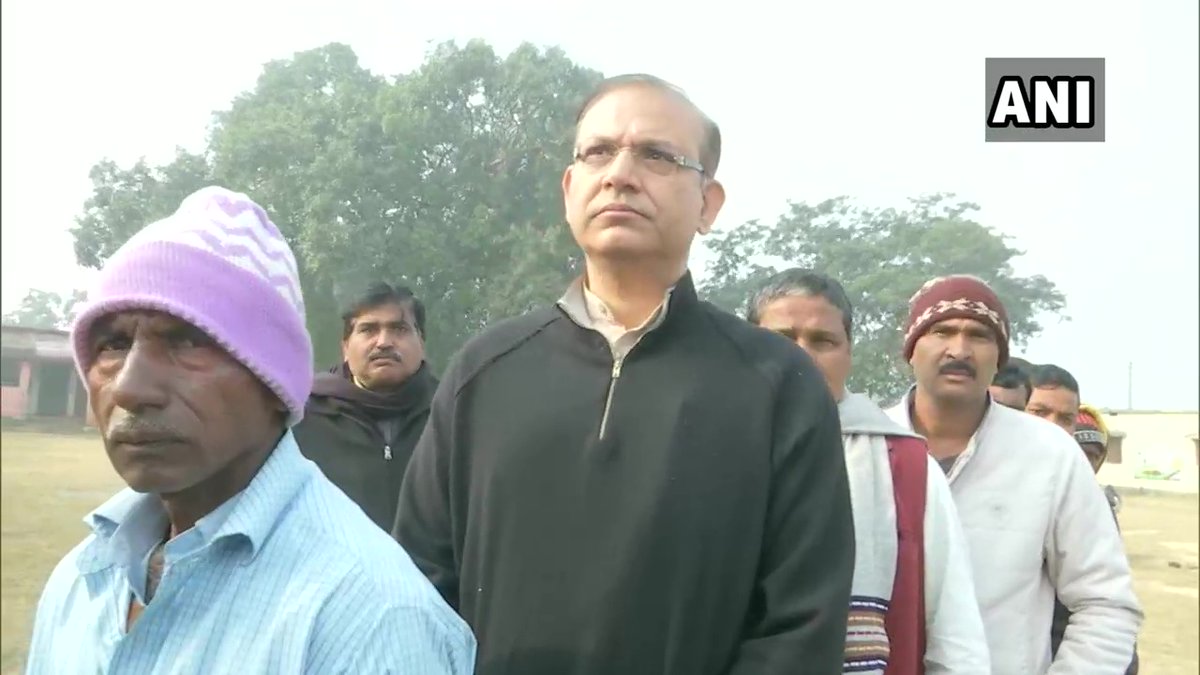 Dec 12, 2019 08:01 (IST)
Voting Begins
Voting is on at the polling booth number 82 in Chatra. Polling in 17 constituencies in the state for the third phase of elections being held today. 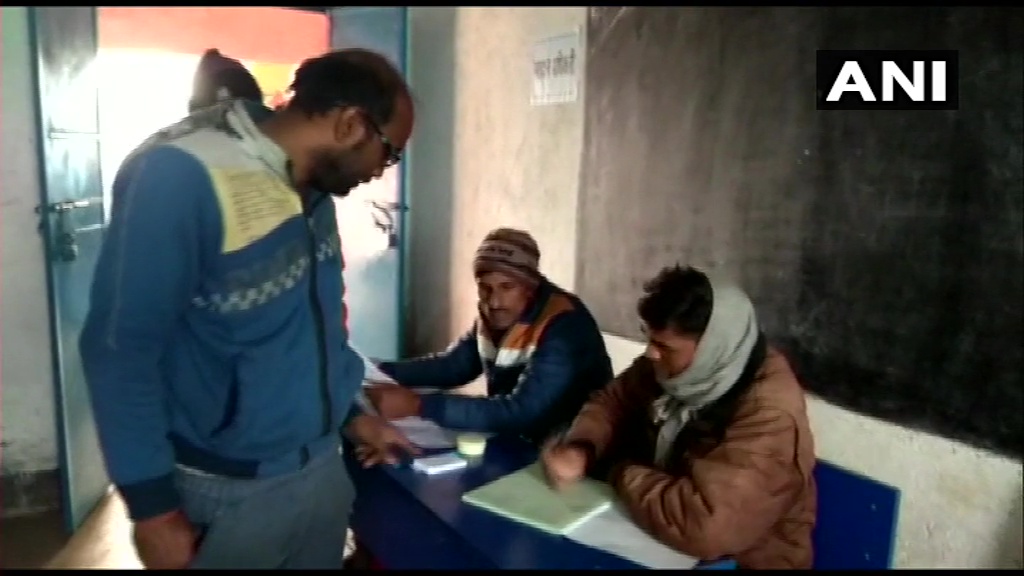 Dec 12, 2019 07:14 (IST)
PM Modi urges people to vote
"The third phase of Jharkhand polls will take place today. Urging all those whose seats go to the polls today to vote in large numbers. I particularly urge my young friends to vote."
Dec 12, 2019 07:03 (IST)
Preparations In Hazaribagh
Preparations going on at a polling booth in Hazaribagh. 17 assembly constituencies of the state will go to poll today. 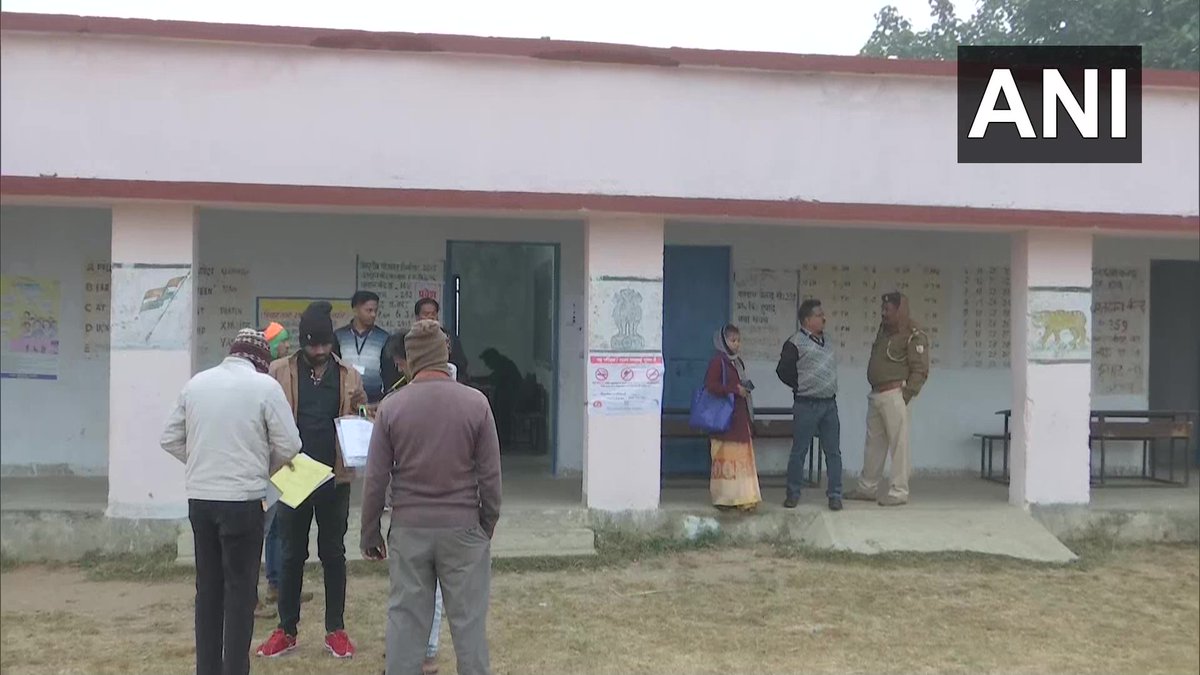 Dec 12, 2019 07:02 (IST)
Preparations In Ranchi
Preparations going on at a polling booth in St. Anne's School in Ranchi for the third phase of Jharkhand Assembly Polls.
ANI 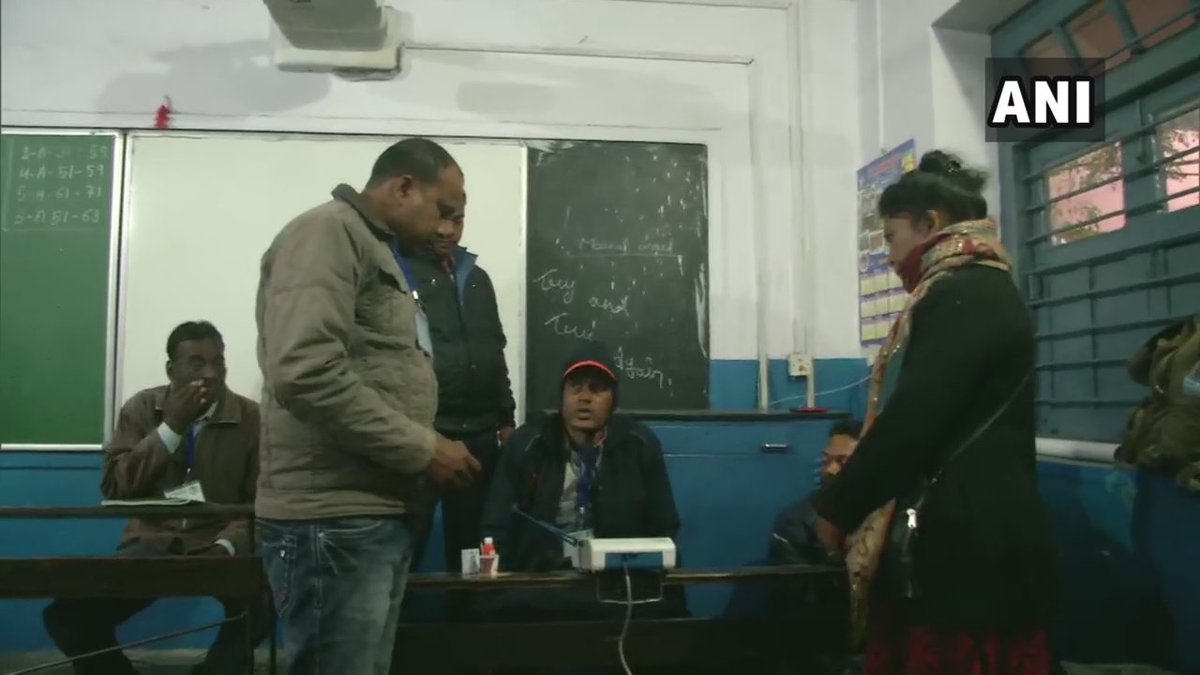