Ajoy Kumar, once considered close to Rahul Gandhi, had headed the Congress in Jharkhand since 2017. 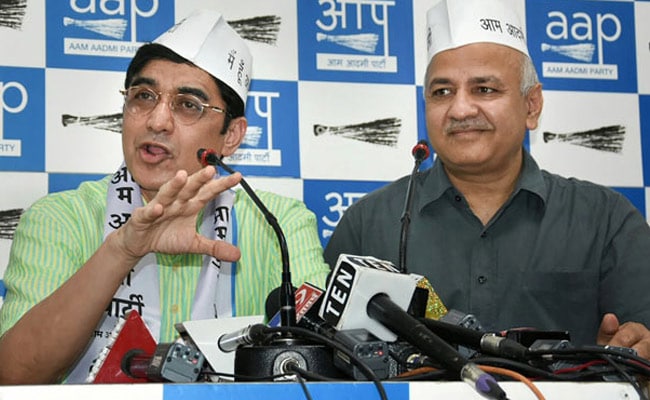 Arvind Kejriwal's Aam Aadmi Party (AAP) today boasted of a significant political acquisition as top Jharkhand Congress leader Ajoy Kumar joined the party today. He had quit last month as Congress chief in Jharkhand, where elections are due later this year. "I want to do honest politics and work for the welfare of the people," Ajoy Kumar said, flanked by AAP leaders like Manish Sisodia, the Deputy Chief Minister of Delhi.

The former MP from Jamshedpur and former IPS (Indian Police Service) officer, once considered close to Rahul Gandhi, had headed the Congress in Jharkhand since 2017. He quit on August 9 after lashing out at his colleagues, accusing them of corruption. He also said "worst criminals looked better" than these leaders.

"My zero tolerance for corruption and any form of mediocrity, hampers me from doing my job effectively. Accordingly, please accept this as my formal letter of resignation as the president of the Jharkhand Pradesh Congress Committee," Mr Kumar had written in a resignation leader to Rahul Gandhi, who also quit as Congress president in May over the party's election disaster.

On August 26, the Congress named Rameshwar Oraon as its new chief in the state. Mr Oraon was among the leaders who had been criticized by Mr Kumar.

The divide within the Congress in Jharkhand widened after its national election debacle. It could only win one of the state's 14 parliamentary seats. Mr Kumar had offered to quit, owning responsibility for the poor performance, but it had been rejected then.

AAP said it "warmly welcomed the MBBS who comes from South Indian roots, cut across the lines or caste, region to serve in Bihar, Jharkhand" in various capacities.