As Jet Airways Air Hostess Is Caught With 3 Crores, Probe Into Airport Security

"Our investigations have shown that there is a larger international hawala racket which was operating and arrest of Deveshi Kulshrestha is just a small cog in the wheel," a senior revenue intelligence official said. In all, the Jet Airways crew was caught with US currency worth Rs. 3.24 crores. 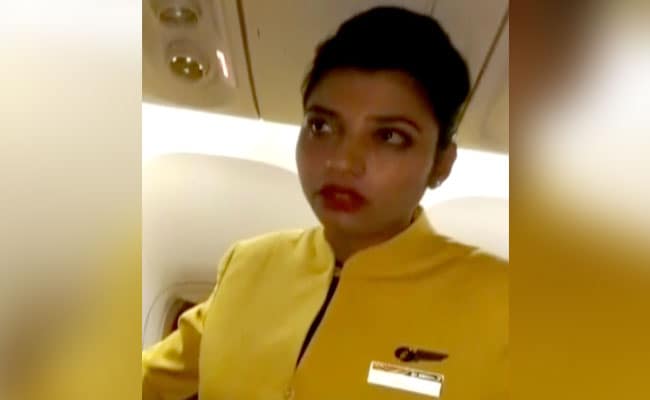 Jet Airways crew Deveshi Kulshrestha was caught with US currency worth Rs 3.24 crores

New Delhi: As officials investigate a Jet Airways' air hostess, accused of smuggling US currency worth Rs. 3.24 crores, there are indications that the probe will not only try to uncover the international hawala racket but also take a hard look at the possibility of collusion of security officers.

"Our investigations have shown that there is a larger international hawala racket which was operating and the arrest of Deveshi Kulshrestha is just a small cog in the wheel," a senior official of the Directorate of Revenue Intelligence told NDTV.

A hawala operator Amit Malhotra, who was reportedly in touch with some more crew members of the airline, has been arrested. Amit Malhotra would allegedly collect money from some bullion dealers in Delhi and send it through airline crew members such as Deveshi Kulshrestha to his contacts abroad.

She was tasked to deliver the money in Hong Kong. This was her eighth trip and she was paid Rs 1 lakh for each trip, according to the DRI.

"The money was being used for purchasing gold abroad. The gold would then be sent to India illegally," the official said.

Given the security implications that the racket had thrown up, officials told NDTV that the conduct of security personnel would also be under the lens. Not just the ones mandated to scan the baggage of the air-hostess this time but on previous occasions as well.

"We need to figure if this was a case of a lapse or collusion," one official said.

Either ways, he suggested, it would throw up many lessons for the security establishment on the gaps that exist in what was considered to be a fool-proof security procedures at the country's airports.
According to DRI officials, Ms Kulshrestha had come in contact with Amit Malhotra to exchange her foreign exchange. He gave her a good rate and at some point, got involved in the racket.

Promoted
Listen to the latest songs, only on JioSaavn.com
So far investigators have underlined that it was difficult to detect the money because of the aluminium foil used to wrap the currency bundles. In Ms Kulshrestha's  check-in luggage, there were 32 bundles of notes, neatly wrapped in the foil, and 16 more in her hand-baggage.

"She had already boarded the plane. Passengers were about to board. After we received information, we first stopped boarding and then checked her hand baggage and recovered cash," an officer associated with the probe told NDTV.