Kanagaraj was employed at Jayalalithaa's Poes Garden home and was sacked three years ago.

Kanagaraj, 35, was employed at Ms Jayalalithaa's Poes Garden home in Chennai and was sacked three years ago. Police sources indicate he was one of the suspects in the guard's murder and was questioned by the police. However, another officer says they had not questioned him yet.

The driver-turned-taxi owner was on his motorcycle when he was hit by a four-wheeler. Kanagaraj's close friend Sayan, a co-suspect, was seriously injured while his wife and child died in a road accident involving their two-wheeler and a car in Kerala's Thrissur district today, police said. 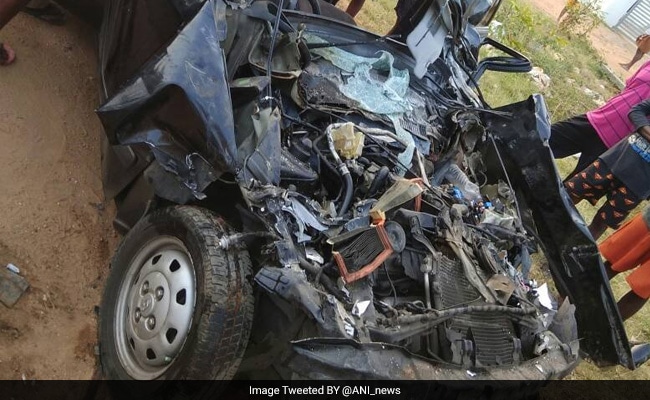 Another suspect Sayan was seriously injured while his wife and child died in a road accident.
On April 24, a security guard at Ms Jayalalithaa's Kodanad estate in Nilgiris district was found dead. His mouth was stuffed with cloth and taped up, the police said.

The guard, Om Bahadur, was found at the bungalow that Ms Jayalalithaa frequently visited in the years before she died.

The police believe a gang broke into the bungalow to steal documents and valuables. Another guard, Kishore Bahadur, was also attacked. Villagers had reportedly told the police that a gang was seen entering the estate in two cars.

Promoted
Listen to the latest songs, only on JioSaavn.com
Kanagaraj and Sayan were suspects in the break-in and murder case, the police said citing information provided by three persons taken into custody yesterday in connection with the murder.

India Among Countries That Slashed Education Budget After Covid: Report