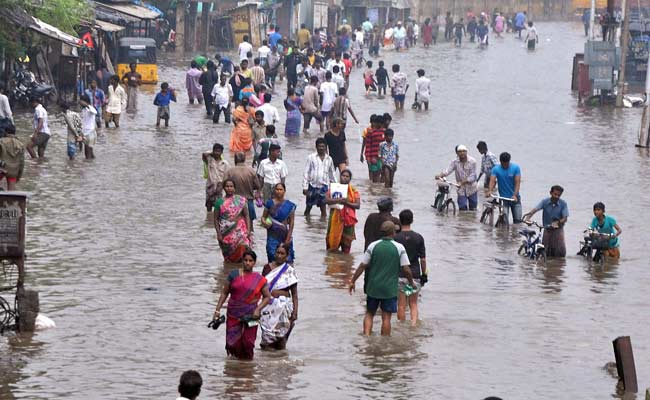 The Tamil Nadu chief minister sent PM Modi, who is currently in Malaysia and later in the day leaves for Singapore, a detailed memorandum asking for relief and restoration assistance from the National Disaster Response Fund and other Central funds.

"The requirement of funds for immediate rescue and relief and the temporary and permanent restoration of infrastructure has been worked out at Rs.8,481 crores in all. A Memorandum which contains a detailed assessment of damages and requirement of funds is enclosed," Ms Jayalalithaa has written to PM Modi.

PM Modi also agreed to the Tamil Nadu chief minister's demand for a central team to be dispatched to the state to assess the damage and release funds for relief. This is separate from the Rs 2000 Crore she has sought for the state. More funds would be released after the team submits its report, sources in New Delhi told NDTV.

Mr Modi is expected to return from his two nation tour and attend a meeting of leaders of all parties in Parliament on Wednesday, a day ahead of the winter session. The government will attempt to soften the opposition in Wednesday's meeting. It struggled to take along the opposition parties, which includes Ms Jayalalithaa's AIADMK, in the last session of Parliament. With 37 lawmakers in the Lok Sabha, the AIADMK is the third largest party after the BJP and the Congress.