Sharing a still from the biopic's trailer that shows the credits, Javed Akhtar said he was "shocked to find his name" there. 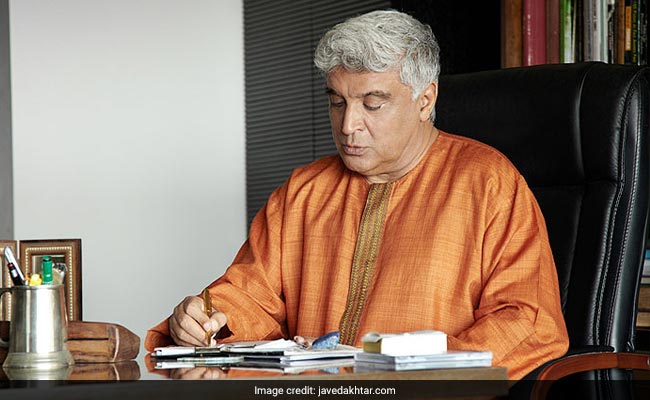 Javed Akhtar's denial on Twitter stirred up a storm and quickly became a top trend.

The biopic of Prime Minister Narendra Modi features some prominent names from Bollywood like actors Vivek Oberoi and Boman Irani. A trailer from the biopic, released on Wednesday, even credits Javed Akhtar as a lyricist. Except, the poet-lyricist says he has not written songs for "PM Narendra Modi".

Mr Akhtar's denial on Twitter stirred up a storm and quickly became a top trend.

Sharing a still from the biopic's trailer that shows the credits, Mr Akhtar said he was "shocked to find his name" there. The screenshot from "PM Narendra Modi" trailer credited Javed Akhtar at the bottom of the poster as a lyricist along with Central Board of Film Certification chief and well-known lyricist Prasoon Joshi, Sameer and others.

Javed Akhtar's tweet has been liked over 15,000 times and retweeted over 5,600 times. The filmmakers are yet to respond to the controversy.

Twitter was a divided house with many claiming that the lyricist credited could be a different Javed Akhtar while others asked Mr Akhtar to file a defamation suit against the filmmakers. Many even attacked the poet-lyricist possibly for his past views of maintaining cultural ties with Pakistan prior to the Pulwama attack.

I am filled with pain and grief and all else ..by the dastardly #Pulwama attack . For the 1st time in all these years I feel weakened in my belief that people to people contact can force the Establishment to do the right thing.We will need to call halt to cultural exchange

"PM Narendra Modi" has Vivek Oberoi essaying the role of PM Modi. The film has been directed by seasoned biopic director Omung Kumar, who also has Sarbjit and Mary Kom to his credit.

The trailer was launched at a multiplex in Mumbai by the film's cast and crew. The movie is scheduled to be released on April 5.