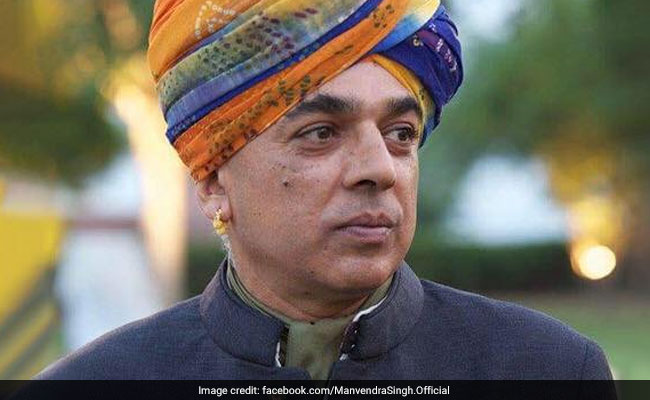 Rajasthan BJP legislator Manvendra Singh, the son of former union minister Jaswant Singh, has sent out feelers that he may follow in the footsteps of his father who fought as an independent from Barmer in the 2014 general elections after being denied a BJP ticket. As a consequence of that decision, the BJP -- for the second time -- expelled Jaswant Singh from the party for six years. He also did not win in the election.

With assembly polls in Rajasthan months away, Manvendra Singh's absence at Chief Minister Vasundhara Raje's yatra at his constituency last week is being seen as a hint that he has other plans. He has instead called a rally at his constituency on September 22.

He tweeted the programme details on a colourful poster in which a photo of his father was prominently shown, alongside the text "Swabhiman Sabha" or "meeting for self-respect".

In the 2014 Lok Sabha election, the BJP gave the Barmer ticket to Sonaram Choudhary, who switched sides from the Congress weeks before Jaswant Singh started making noise about an impending disappointment. Sonaram Choudhary belonged to the Jat community, the dominant caste in the region, and Ms Raje is said to have pushed for his candidature over Jaswant Singh. 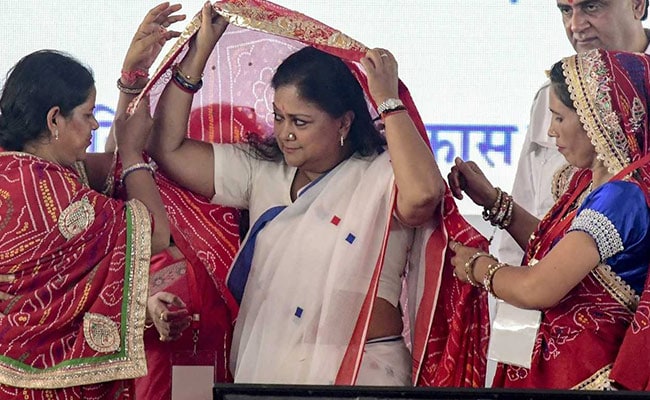 "I am saddened that the BJP of today is not the party that Atal Bihari Vajpayee, LK Advani and Bhairon Singh Shekhawat had envisioned and aspired it to be," Jaswant Singh had said.

The relationship between the BJP and his son is a strained one, people familiar with the matter say. Manvendra Singh has also said he has no wish to work with the Congress, which leaves fighting as an independent a likely way forward for the son of the former union minister who has held the foreign ministry and the finance ministry in past NDA governments.

Jaswant Singh was removed from the BJP for the first time in 2009 after the party felt his book cheer-led Mohammed Ali Jinnah, the founder of Pakistan. He was, however, re-inducted into the party 10 months later in a move orchestrated by BJP leader LK Advani.

Jaswant Singh is in coma since 2014 after suffering a head injury.