He claimed that had the Janata Dal (United) been represented in the Union council of ministers, the demand for special category status to Bihar would have gained momentum. 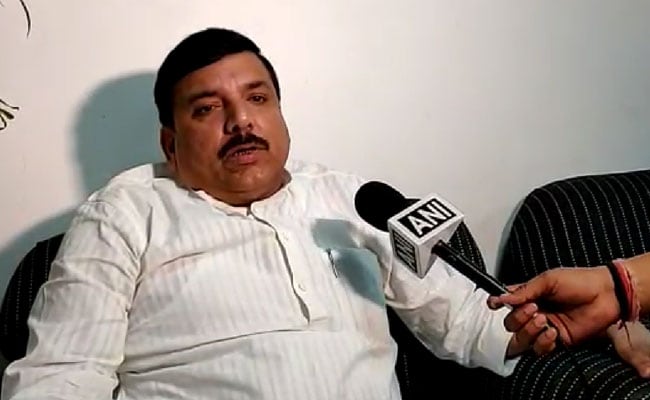 Sanjay Singh expressed confidence the AAP would return to power in the Delhi assembly polls next year.

The AAP Rajya Sabha member and state in-charge said his party had "ideological differences with Nitish Kumar" but, nevertheless, was of the view that "JD(U) should have been granted a representation in the Union council of ministers that was commensurate with its standing in the Parliament."

"We hold the view that the BJP speaks about nationalism but practices Gujaratism. The PM and the Union Home Minister are from that state and so are their favorite industrialists like Ambani and Adani. The BJP seems to be working on the agenda of bringing the control of the country's politics and its economy into the hands of a coterie from
Gujarat", Mr Singh alleged.

He claimed that had the JD(U) been represented in the Union council of ministers, the demand for special category status to Bihar would have gained momentum.

"We suspect this is the reason why the alliance partner was denied its share", the AAP leader alleged.

He also alleged "the BJP seems to have adopted a policy of insulting its senior leaders, be it LK Advani and Murli Manohar Joshi who were sidelined citing their old age, or Uma Bharti and Sushma Swaraj who were eased out for reasons best known to the party leadership".

Mr Singh admitted that in the Lok Sabha polls "our party as well as most opposition groups were drubbed as the focus shifted from mudda (issues) to the persona of Modi, thereby helping the Prime Minister occupy centre stage who used it to the BJP's electoral advantage."

The AAP leader expressed confidence that his party, which fared badly in the Lok Sabha polls, would be able to perform in the Delhi assembly polls next year and return to power.

"We were out of sight and out of mind in the general elections. People were looking at Modi on one hand and Rahul Gandhi on another. But things would be different in the Delhi Assembly polls wherein we would be judged on the basis of our performance in government", he said.

Replying to a query, he said "our Bihar unit will take a decision on how many seats to contest when the state assembly polls take place."

The AAP leader, who also staged a demonstration in protest against the murder of a two-year-old girl in Aligarh, after suspected sexual abuse, also asked "why were the convicts of the Kathua gang-rape case merely imprisoned for life and not awarded death sentences."

"Bihar too has been witness to the Muzaffarpur shelter home scandal. Setting up of a single court, to which all cases of this nature from across the country could be referred for fast track trial, should be mooted", the AAP leader added.