Senior political leaders in Jammu and Kashmir were placed under detention in August as the centre revoked the state's special status. 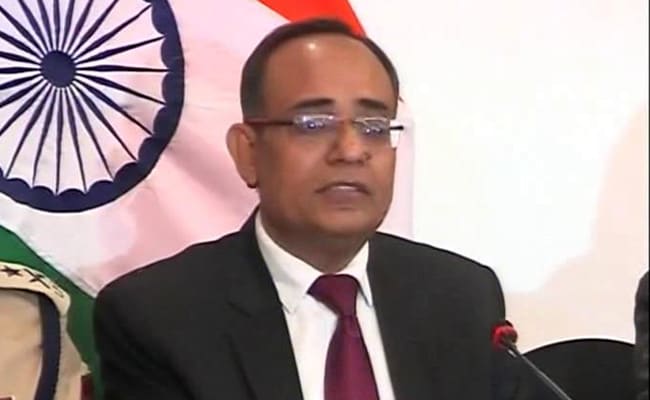 The detention of senior political leaders detained in Jammu and Kashmir, including former Chief Ministers like Farooq and Omar Abdullah and Mehbooba Mufti, is being continuously reviewed, the administration said on Saturday.

"The detentions are being constant reviewed. It's a dynamic process. People will continue to be released," Jammu and Kashmir Principal Secretary Rohit Kansal said at a news briefing,

"I cannot comment on individuals. All cases have been under review and appropriate decisions will be taken," he later told NDTV when asked about the high-profile political detainees.

Last week, Farooq Khan, advisor to Jammu and Kashmir Governor Satya Pal Malik, said political leaders in Kashmir would be released in a phased manner. The announcement came a day after leaders from Jammu were released.

Government sources told NDTV on Friday that the centre has initiated background talks for the release of the leaders.

Hundreds of political leaders of the state - including former Chief Ministers Farooq Abdullah, 83, who was detained under the strict Public Safety Act, and his son Omar Abdullah, as well as Mehbooba Mufti - were placed under detention or house arrest in August as the government announced its move to end special status granted to the state under the Article 370 of the constitution and bifurcate it into two Union Territories.

The detentions and arrests were part of stringent security measures, including the snapping of phone and internet services, which drew protests from the international community and prompted the United Nations and the United States to voice their concerns.

Petitions have been filed in the Supreme Court against the detentions, which the government said were necessary in order to prevent any violent protests over the Kashmir decision.

Delegations from the National Conference and the Peoples' Democratic Party were allowed to meet with the Abduallahs and Ms Mufti respectively last week.