Kashmir Times executive editor Anuradha Bhasin has sought directions for the immediate restoration of communication lines in the region, so that the media can function freely in the region. 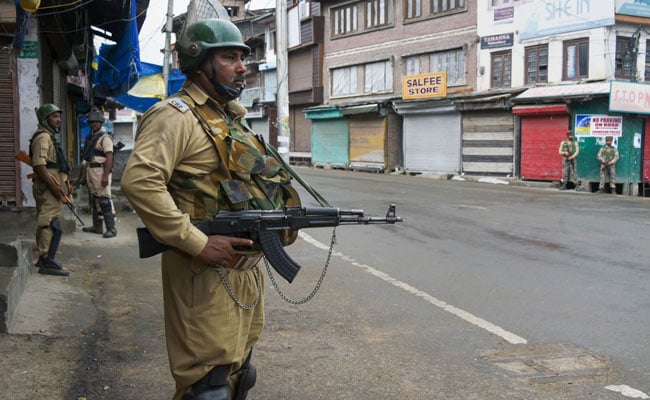 Anuradha Bhasin said the restrictions on Jammu and Kashmir were hampering media freedom.

The head of a prominent newspaper in Jammu and Kashmir has approached the Supreme Court against restrictions imposed on journalists after its special status was scrapped by the central government earlier this week.

Kashmir Times executive editor Anuradha Bhasin has sought directions for the immediate restoration of communication lines so that the media can function freely in the region. She also pushed for the centre to relax all restrictions on the movement of mediapersons in Kashmir and some districts of Jammu.

"The absolute and complete Internet and telecommunication shutdown, severe restrictions on mobility and sweeping curtailment on information-sharing in Kashmir at a time when significant political and constitutional changes are being undertaken to the status of Jammu and Kashmir is fuelling anxiety, panic, alarm, insecurity and fear among the residents of Kashmir," the petition filed by Ms Bhasin read.

The executive editor claimed that she has not been able to publish the local edition of Kashmir Times because of the overarching restrictions on communication services as well as the blockade on media activities. "The Supreme Court is requested to give directions allowing journalists to practice their profession and exercise their right to report freely on the situation prevailing in Jammu and Kashmir after the clampdown on the region since August 4, 2019," Ms Bhasin said, adding that the centre's restrictions amounted to curbing the rights of journalists under Articles 14 and 19 of the Constitution.

The petitioner is being represented by her lawyers Vrinda Grover, Soutik Banerjee and Ratna Appnender in the case.

Earlier today, the Editors Guild of India had also expressed "deep concern" over the continued shutdown in communication links with the Valley and the consequent curtailment of the media's freedom and the ability to report "fairly and accurately" on current developments.

"The Guild urges the government to take immediate steps to restore normalcy for the media's communication links. Media transparency has and always should be India's strength, not fear," a statement issued by the journalists' body said.

The centre had revoked the special status granted to Jammu and Kashmir through Article 370 on Monday, terming it as a historic step to bring "peace and prosperity" to the region. It also bifurcated the state into two separate union territories of Jammu and Kashmir and Ladakh.

The National Conference also filed a petition against the move in the Supreme Court today, claiming that the centre has taken away the rights of its residents without consulting the stakeholders involved.