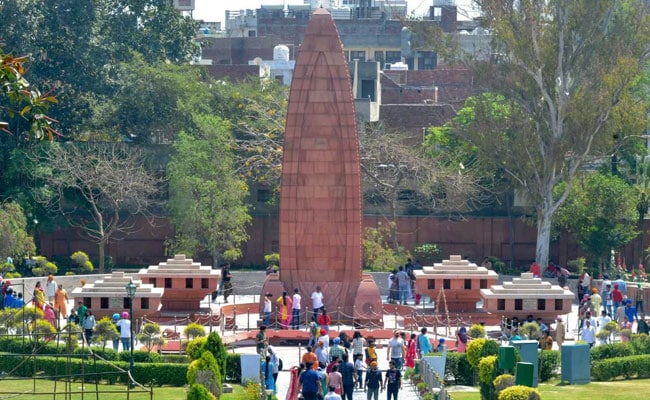 UK said it was "reflecting" on demands for a formal apology for the Jallianwala Bagh massacre. (AFP)

The UK government on Tuesday flagged "financial implications" as one of the factors it had to consider while reflecting upon demands for a formal apology for the Jallianwala Bagh massacre to mark its centenary this week.

UK Foreign Office minister Mark Field told a debate on "Jallianwala Bagh massacre" at Westminster Hall in the House of Commons complex that while it was important to draw a line under the past over the "shameful episode" in history, repeatedly issuing apologies for events related to the British Raj came with their own problems.

"I have slightly orthodox views on Britain's colonial past. I feel little reluctant to make apologies for things that have happened in the past," the minister said.

He added: "There are also concerns that any government department has to make about any apology, given that there may well be financial implications to making an apology.

"I feel we perhaps debase the currency of apologies if we are seen to make them for many, many events."

However, while reiterating the UK government's "deepest regret" over the massacre in Amritsar on April 13, 1919, Field stressed that the issue of appropriately marking the sombre 100th anniversary remains a "work in progress" and an active debate was taking place amongst ministers and senior officials.

"Importantly, our modern relationship with India is focussed on the future, on pooling our strengths... However, I also recognise that the relationship is framed in part by the past," Field said, adding that he had been "compelled" by the latest debate to take a message back to Downing Street that perhaps a little more is required than the "deep regret" already expressed by the UK government.

"Something is holding us back fulfilling the full potential of the flourishing relationship (with India) and I do accept that it (Jallianwala Bagh) perhaps grates particularly strongly," the minister said.

The debate, tabled by Conservative Party MP Bob Blackman, included a series of cross-party British MPs speaking on the "enduring and very deep feelings and emotions" the "monstrous" event continues to raise across the world.

Veteran Indian-origin Labour MP Virendra Sharma called for a formal apology to be made by British Prime Minister Theresa May, with others echoing the demand and also raising the prospect of a physical memorial to be constructed in memory of those who lost their lives.

Many of the MPs included an account of General Dyer firing on a Baisakhi gathering at Jallianwala Bagh in Amritsar on April 13, 1919, without warning and blocking the main exit of the park with his soldiers and armoured vehicles.

Dyer is recorded as having continued to fire for 10 minutes even as the thousands gathered in the grounds tried to escape, leaving thousands dead and injured.

Blackman, in wrapping up the outcomes of the latest UK parliamentary intervention over the massacre, said the key messages that came out of the debate was that the incident must form part of the school curriculum in the UK and that a formal apology for the incident remains the "right thing to do".

The Westminster Hall event follows a debate in the House of Lords in February, when a government minister had confirmed that UK foreign secretary Jeremy Hunt was "reflecting" on demands for a formal apology to mark the centenary of the Jallianwala Bagh massacre this month.

In their capacity as members of a newly-formed Jallianwala Bagh Centenary Commemoration Committee (JBCC), Indian-origin peers Lord Meghnad Desai and Lord Raj Loomba had also written to Theresa May calling for a formal apology.

The JBCC, chaired by businessman and philanthropist Sardar Balbir Singh Kakar and made up of a number of Indians and non-resident Indians (NRIs) including members of the International Punjab Forum, is planning a commemorative event in the House of Lords on Saturday to mark the centenary of the massacre on April 13, 1919.