Jaish Terrorist Killed In Encounter In Jammu And Kashmir's Shopian

The terrorist has been identified as an operative of Jaish-e-Mohammad. 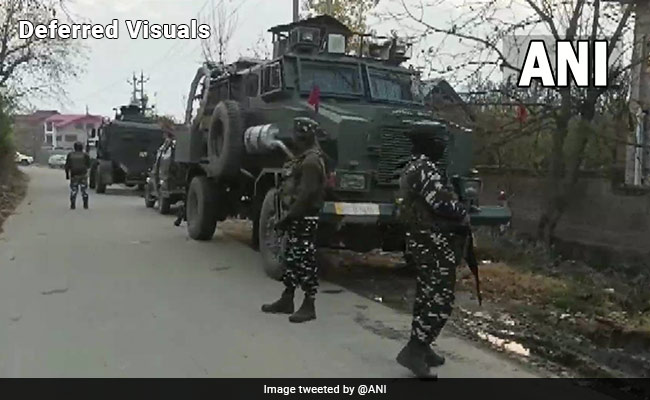 The encounter took place at Kapren area in Shopian.

A foreign terrorist was killed in an anti- terrorist operation by the security forces in Shopian district of Jammu and Kashmir on Friday, police said.

The terrorist has been identified as an operative of Jaish-e-Mohammad.

Security forces launched a predawn operation at Kapren area in Shopian following a tip-off on the presence of terrorists there. The terrorists fired at the search party leading to a gunfight.

The killed terrorist has been identified as Kamran Bhai alias Hanees who was active in Kulgam-Shopian area.

One FT of JeM #terror outfit killed, identified as Kamran Bhai @ Hanees who was active in #Kulgam-#Shopian area. Search is still going on: ADGP Kashmir@JmuKmrPolicehttps://t.co/v8P0CFkUrp