Jagga Jasoos Movie Review: Ranbir Kapoor Charms As A Hero All Children Should Have

Jagga Jasoos movie review: Jagga Jasoos is a dazzling, inventive and deliciously fun film, a musical mystery fable that curious children (of all ages) should watch at the soonest. 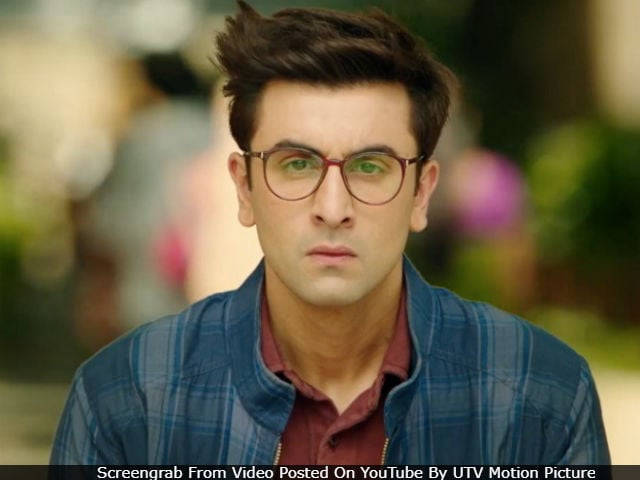 Some children are born romantic. By this I mean not a desire to canoodle but the intense need to believe - in secrets, in adventures, in the inexplicable. To believe, most importantly, in stories. Jagga, a bespectacled knee-high stammerer, is just such a child. Raised on a diet of Sherlock, Hitchcock, Feluda, Louis Armstrong and Charlie Chaplin - names pointed to him via couriered videotape from a mysterious travelling father - he is a boy with a knack for seeing the wood before he examines the trees. An observant schoolchild fond of spotting bends in the narrative, he reunites old men with long-forgotten tabletop graffiti and solves murder cases mistakenly termed suicide.

"Horse's egg, suicide!" objects the teenage sleuth in Anurag Basu's Jagga Jasoos, a film dreamt up in Bangla and only half-translated out of it. "Naam kya?" a character asks repeatedly, an echo of the casual Bengali "Naam ki?" and nowhere close to Hindi that needs a "Hai" at the end. This film may officially speak Hindi but its accent (and eccentricity) is unmistakable - like that of a paperback writer assisting a gumshoe in the big city, or a paan-chewing singer hiding behind a lipsyncing protégé. This is an unapologetically whimsical film, opening with a verse urging you to be courteous toward fellow moviegoers and leave your phone alone. 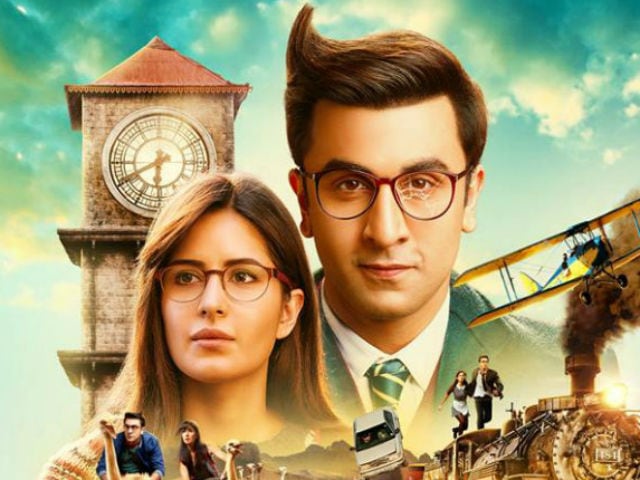 This is fine advice, for Basu's film is not only intricately written and plotted, but filled with clever visual flourishes and details, some of which are clues and some of which are magical - and several, like the elephant turning a tiny, twisty street up a hill, are a bit of both. This is a dazzling, inventive and deliciously fun film, a musical mystery fable that curious children (of all ages) should watch at the soonest. This is, for want of comparison, Tintin by way of Amélie.

It begins in West Bengal in 1995 - with the real-life Purulia Arms Drop - but it is a highly ambitious bedazzlement, and frequently changes its setting from Manipur to Calcutta to the utterly fictional (or perhaps all too real) Satyajit Ray city of Shundi, with characters flying over a vintage map, outsized names and all, in an old-school biplane. It is also a musical, finding pretexts in the fact that the stammering sleuth must sing in order to speak, and in the fact that we are being told Jagga's exploits via a narration of his children's books - and the best adventures always rhyme.

The wall-to-wall lyrics - composed by Pritam, choreographed by Shiamak Dawar and written by the wonderful Amitabh Bhattacharya - mostly work, even if the rhymes aren't startlingly clever and some tricky words go unmatched, because of the buoyancy Basu and his hero bring to the proceedings. "Miss Mala," for instance, is but a commonplace name, yet warbled as it is over and over while umbrellas and schoolboys quiver with thrill, makes her impossible to forget. The truly impressive song is more sly, threatening to jolt kids out of apathy by wondering why they should care about the problems of the world. It might not make children immediately care about farmer suicides, but could - one hopes - make them ask prickly questions.

Smooth of cheek and wide-eyed with guilelessness, Ranbir Kapoor's Jagga is a hero to love. Like Hergé's Tintin or Nonte (from Narayan Debnath's Nonte-Phonte), Jagga has a tuft of hair sticking out from one side, as if he'd been wearing a hat at a jaunty angle for too long, or stuck his head from a moving locomotive. He's looking for his long-lost father (the videotapes have stopped arriving in the mail) and found, instead, a girl who appears as much of a klutzy jinx as his broken-down dad. The one time he loses his cool is when she burns down his favourite books, and it soon dawns upon him that she's as much of a catastrophe as his father, Bad-Luck Bagchi. He tests his theory by putting several ketchup bottles on her table; she unfailingly squeezes the one with the broken top. She's the one.

This girl, who he hopes may fail in his father's footsteps, is Shruti Sengupta, a high-strung journalist played by Katrina Kaif who looks lovely but lets the songs down, the vocals never quite matching her spoken accent and vice versa. We are, alas, not confident enough to let our actors on that much of a limb. Bagchi, the father - the finest, most endearing character in the film - is played by Saswata Chatterjee in swashbuckling fashion, while Saurabh Shukla chases after him with reliably amusing doggedness. Rajatava Dutta plays a befuddled policeman, and has a priceless gag involving multiple telephones.

Promoted
Listen to the latest songs, only on JioSaavn.com
Jagga Jasoos is a tad too long - the second half veers far from the lyrical nuttiness and crams in too many action sequences - but I was more bowled over by this film than I was bothered, and there is enough to marvel (and to smile) at. Also, you get a fair few mysteries for the price of one. Cinematographer Ravi Varman concocts heady and breathtaking visuals, visuals straight out of a vividly coloured pop-up book, with vistas and giraffes and ocelots and people playing Duck Hunt and dancers in disguise, with lovely wipes going from one moment to another using ambassadors and trams as transitions. These visuals - soldiers charging on top of the bookshelf holding war stories - coupled with the music - where a man named Banerjee is leaving the party early and must, thus, be shamed in song - make for quite the enchantment.

This is an impossible role and Kapoor wings it well. Convincingly deciphering clues, desperately beatboxing in order to give himself a beat to say something vital, catapulting pumpkins across a desert... he's all in. An actor with no half-measures, he's created a plucky, heroic character worth celebrating. Basu has always been a storyteller with excellent imagery, but the way he has embraced the madcap is something else. The detailing is a thing of beauty. I find myself wishing there were Jagga Jasoos storybooks out there, and I hope we get the sequel this film deserves. If you ever find yourself making recommendations for a potentially romantic child, you'd do well to put this Anurag Basu film on that list.