On Sunday two Bihar labourers were killed; a day earlier a Bihari hawker from Bihar was shot dead

The killing of four Bihari migrant workers in J&K this month has created some panic among others from the state working in the Kashmir Valley, Labour Minister Jivesh Mishra told NDTV on Monday, while also defending the ruling JDU-BJP government from criticism over the compensation amount.

"These murders are a serious matter... It seems as if people from Bihar are being targeted and that is a worrying point. In this connection Home Minister Amit Shah has spoken the Lieutenant Governor (Manoj Sinha) and he has assured us that the guilty will be caught and punished," Mr Mishra said.

"I have spoken to the J&K Lieutenant Governor and raised my concerns over the recent killings. Clearly some people are targeting those who have gone to J&K to work. We are hopeful measures will be taken for security of migrants in J&K," the Chief Minister had said.

Mr Mishra, however, pointed out, that apart from Rs 2 lakh from the Bihar Chief Minister's Relief Fund, the families were also being compensated by the J&K administration.

They will also get Rs 1 lakh from his department, he said, adding this was on a priority basis.

"Yesterday, Arbind Sah's body was brought back. I told officials to give compensation immediately... his family was given Rs 50,000 cash and another Rs 50,000 in cheque. J&K government will give Rs 5 lakh and Chief Minister Nitish Kumar announced a compensation of Rs 2 lakh," Mr Mishra said.

In the case of Arbind Sah, the J&K administration has offered his family an initial compensation of Rs 1.25 lakh, with a stated sum of Rs 4 lakh to follow.

This morning Tejashwi Yadav tweeted "destruction by injustice is the basic mantra of the government".

Mr Mishra also dismissed talk of a reverse migration of Bihari labourers from J&K, although he admitted that "it is natural that people will be scared". Blaming "those who can't tolerate that normalcy is returning (in J&K)", he slammed the terrorists for "extreme cowardice in targeting poor people".

"It is a matter of great concern... but the central government won't tolerate terrorism. It is natural that people will be scared. Those who have tendencies of violence can't tolerate that normalcy is returning. This is extreme cowardice that they are targeting poor people," he said.

He further denied any suggestion that people from Bihar were being forced to leave the state to look for employment opportunities; he said he was "confident the state can arrange livelihoods".

"That is not correct... I am very confident the state can arrange livelihoods. People have been travelling across states for decades. Calling it migration is not right. Many people are coming to Bihar also for livelihoods. This can't be avoided," he said. 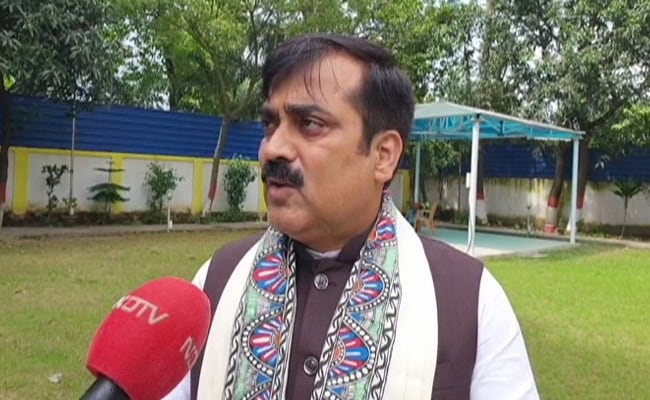 Four men from Bihar - two labourers and two street food vendors - are among 11 men and women who have been shot dead by terrorists in J&K this month, in a rush of targeted civilian killings that has also led to frightened Kashmiri Pandit families quietly fleeing accommodations in transit camps.

The labourers - Raja Rishidev and Yogendra Rishidev - were killed Sunday in Kulgam district. One street food vendor - Arbind Kumar Shah, a golgappa seller - was shot in Srinagar on Saturday.

Two weeks ago, a Virender Paswan, who hails from Bihar's Bhagalpur and worked as a street food vendor in Srinagar's Lal Bazar area, was shot dead; his killing was hours after a prominent city chemist and member of the Kashmiri Pandit community - Makhan Lal Bindroo, 70 - was shot dead in his store.