Widespread security measures have been enforced across Jammu and Kashmir since the centre's decision to withdraw special status under Articles 370 and 35A, and divide the state into two union territories 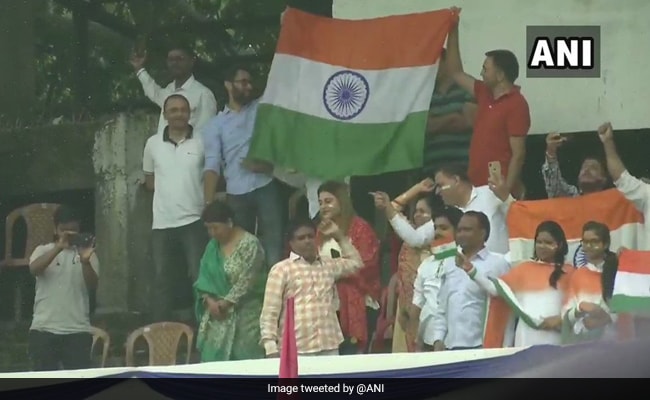 Independence Day celebrations across the sensitive Jammu and Kashmir region were held peacefully and without incident, the administration said on Thursday. "The main function was held in the Sher-e-Kashmir Stadium in Srinagar, where Governor Satyapal Malik unfurled the flag. Events concluded peacefully... celebrations were held in all districts. The entire day was incident-free," Rohit Kansal, Jammu and Kashmir Principal Secretary, said.

Earlier in the day Jammu and Kashmir Governor Satyapal Malik unfurled the national flag and assured people they need not fear for their identities following the centre's contentious decision regarding withdrawal of special status.

"I assure the people of Jammu & Kashmir that their identity is not on the line, it hasn't been tampered with. The constitution of India allows different regional identities to flourish," the Governor was quoted by news agency ANI.

"The changes that the Central Government has brought are not only historic but also open a new door for the development of the people of Jammu-Kashmir, & Ladakh," he added.

Jammu & Kashmir Governor Satya Pal Malik at Sher-i-Kashmir stadium in SRINAGAR: I assure the people of Jammu & Kashmir that their identity is not on the line, it hasn't been tampered with. The constitution of India allows different regional identities to flourish. https://t.co/SxjzfVvnWV

A flag-raising ceremony was also held in Ladakh, where BJP MP Jamyang Tsering Namgyal showed off his dance moves.

Rohit Kansal, who addressed reporters on Thursday, pointed to the reopening of night-time operations at Srinagar airport as further signs of normalcy.

Mr Kansal also addressed concerns over malfunctioning ATMs, assuring residents the matter would be looked into, in connection with the Finance Secretary.

On Tuesday, Mr Kansal had said the administration was hopeful a peaceful Independence Day, to be carried out in a "grand and befitting manner", would allow it to further relax security restrictions in place across Jammu and Kashmir.

Widespread security measures have been enforced across Jammu and Kashmir since the centre's decision to withdraw special status under Articles 370 and 35A, and divide the state into two union territories. 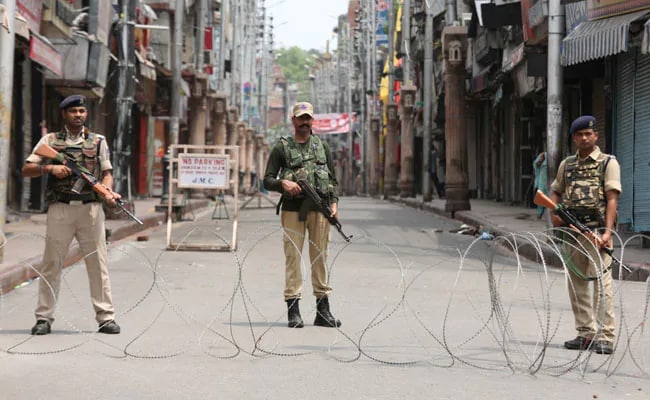 These measures, which were criticised by the opposition, included strict curfew-like restrictions, suspending internet and phone services and the detention and arrest of nearly 400 political leaders, including former Chief Ministers Omar Abdullah of the National Conference and Mehbooba Mufti of the People's Democratic Party (PDP).

The measures were briefly lifted - phone and internet services were partially restored - ahead of Eid celebrations on Monday, but tens of thousands of soldiers remained positioned across the Kashmir Valley to quell protests against the centre's decision.

The union home ministry has claimed Eid was marked without incident; a statement said large prayer congregations had been seen at many places in Kashmir Valley, including Baramulla and Bandipora.

However, later that same day sources said police vans had been seen making announcements on loudspeakers asking people to return to their homes and ordering shopkeepers to close stores.

The government has claimed that this removal and tightening of restrictions is based on an assessment of the need to maintain public order and peace.