ISRO's Mega Rocket Launch: All You Need To Know About GSLV Mark III 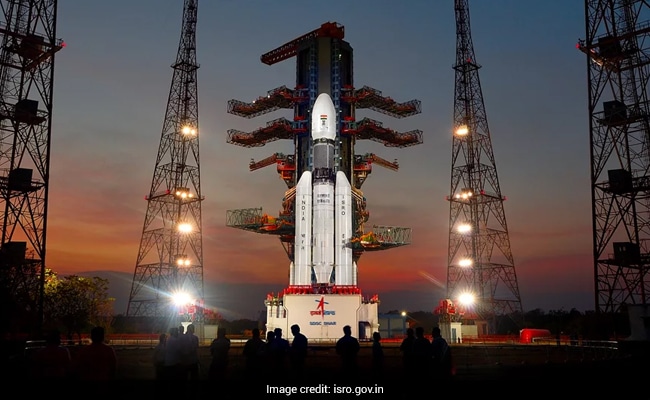 On its maiden launch, ISRO's GSLV Mk III will put a 3136 kg satellite in the orbit.

New Delhi: Indian Space Research Organisation (ISRO) is all set to launch the heaviest rocket - Geosynchronous Satellite Launch Vehicle Mark III (GSLV Mk III) - which will be India's preferred vehicle to carry astronauts into space. The 640-ton GSLV Mk III rocket will be launched on June 5 and will also test tests a new satellite system. The GSLV Mk III weighs more than the combined weight of 200 full grown Asian elephants. "The success of GSLV Mk III will usher a new era of our self- reliance in the context of launching our own four ton class of satellites for geosynchronous missions," said former ISRO Chairman Dr K Kasturirangan.

Here's all that you need to know about the Geosynchronous Satellite Launch Vehicle Mark III (GSLV Mk III):

3. Termed as the monster rocket, Mark III is as high as a 13-storey building and can launch satellites as heavy as 4 tonnes.

4. The rocket is powered by an indigenous cryogenic engine that uses liquid oxygen and liquid hydrogen as propellants.

6. In near future, the rocket is expected to carry Indian astronauts into space. The Indian space agency has already developed critical technologies for a human space mission. The space suit is ready and a crew module was tested in 2014.

Promoted
Listen to the latest songs, only on JioSaavn.com
8. ISRO has suggested the first person to fly into space from India could be a woman.

So far, maiden launches of new rockets have been disappointing. So, all eyes are fixed on the launch of GSLV Mk III on Monday, June 5.