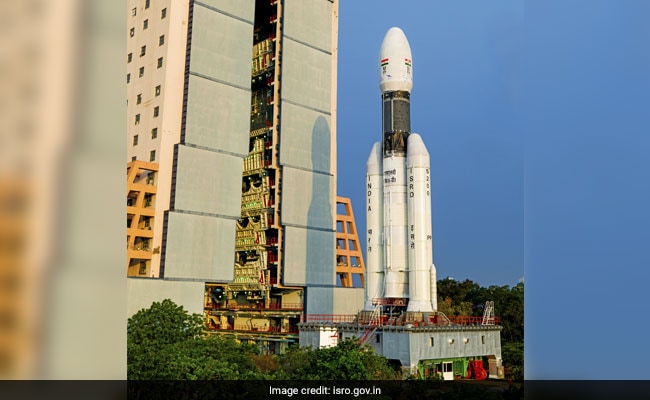 Chennai: The Indian Space Research Organisation or ISRO is all set to launch this evening the heaviest rocket - the Geosynchronous Satellite Launch Vehicle Mark- III, or the GSLV MK III - carrying 3,136 kg communication satellite GSAT-19 from the spaceport of Sriharikota, with the countdown process "progressing normally".

The 25-and-half hour countdown for GSLV MK III began yesterday at 3.58 pm and was "progressing normally". Scientists were currently involved in the propellant filling operations of the heaviest GSLV-Mk III D1, officials said.

The rocket is scheduled for a lift off at 5.28 pm from second launch pad at the Satish Dhawan Space Centre, Sriharikota about 120 kms from here.

Till now, ISRO had to depend on foreign launchers for communication satellites weighing more than 2,300 kg. The GSLV Mk III D1 is capable of lifting payloads of up to 4,000 kg into the Geosynchronous Transfer Orbit (GTO) and 10,000 kg into the Low Earth Orbit.

ISRO Chairman A S Kiran Kumar had said the mission is important as "it was the heaviest-ever rocket and satellite to be launched from the country".

GSLV Mk III D1 is capable of lifting payloads (or satellites) of upto 4,000kgs into the Geosynchronous Transfer Orbit (GTO) and 10,000kg into the Low Earth Orbit.

The GSLV-Mk III-D1 is a three-stage vehicle with indigenous cryogenic upper stage engine designed to carry heavier communication satellites into the GTO.

Today's mission would augment India's communication resources as a single GSAT-19 satellite will be equivalent to having a constellation of six to seven of the older variety of communication satellites.

Promoted
Listen to the latest songs, only on JioSaavn.com
In 2014, ISRO had successfully tested the Crew module Atmospheric Reentry experiment with the flight GSLV Mk III.

The module after making its re-entry deployed its parachutes as planned and splashed down in the Bay of Bengal.