ISRO Postpones Cartosat-3 And 13 US Satellites To November 27

The launch of PSLV-XL variant carrying Cartosat-3 and 13 US nano satellites has been rescheduled for November 27 at 9:28 am, ISRO said. 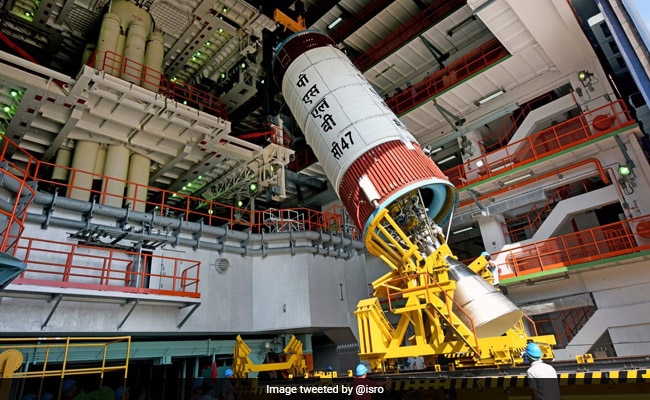 Space agency ISRO on Thursday said it has postponed the launch of Catosat-3 satellite and 13 commercial nanosatellites with its PSLV rocket by two days to November 27.

According to Indian Space Research Organisation (ISRO), the launch of PSLV-XL variant carrying Cartosat-3 and 13 US nano satellites has been rescheduled for November 27 at 9.28 a.m.

The PSLV-XL variant rocket will blast off from India's rocket port in Sriharikota in Andhra Pradesh.

Earlier ISRO had said the rocket launch will be on November 25 at 9:28 am.

Cartosat-3 satellite is a third generation agile, advanced satellite having high resolution imaging capability. The satellite will be placed in an orbit of 509 km at an inclination of 97.5 degrees.

According to ISRO, the 13 nanosatellites from US are a part of the commercial arrangement with NewSpace India Ltd (NSIL), the new company that was set up recently under the Department of Space.