A bench of Justice S.A. Bobde and Justice L. Nageswara Rao said that in India many great athletes played with bun turban (patka) 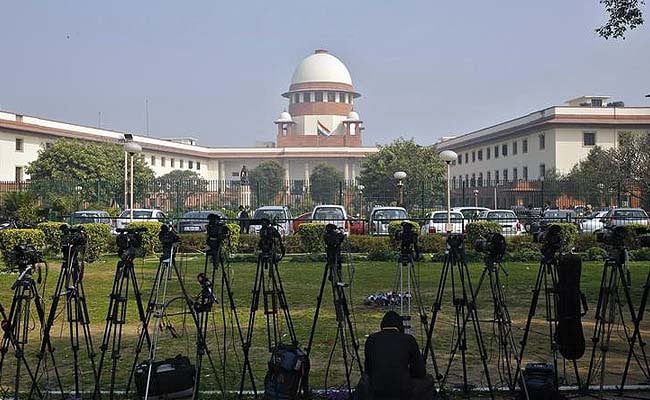 The Supreme Court on Friday sought to know if the topknot/ half or bun turban (patka) can be worn by Sikh athletes with helmets during participation in sporting events such as cycling, if it doesn't affect their faith".

A bench of Justice S.A. Bobde and Justice L. Nageswara Rao said that in India many great athletes played with bun turban (patka) and suggested that if a Sikh wants to participate in events like cycling, where wearing a helmet is a must, he can consider wearing a bun turban with helmet for safety issue.

"We are hesitant because of safety, otherwise it's very clear that Sikhs don't have to wear helmets," said the bench, adding that it wanted to know if a particular size of turban is compulsory in the religion.

The bench also observed: "We have memories of some great Sikh athletes performing without a turban like Milkha Singh, Bishan Singh Bedi. It's not like Sikh don't do anything without a whole turban."

The court, which was hearing a plea of Delhi-based cyclist Jagdeep Singh Puri, who was allegedly disqualified for a cycling event after he refused to wear a helmet instead of a turban, suggested that if a half/bun turban with a helmet completes the safety requirement, it can be considered "if it doesn't affect their faith".

The size of the turban can't be part of their (Sikh) religion, the court observed.

It further asked: "The legal problem is if different types of turbans are permissible then is there prohibition in wearing a helmet?"

Counsel for Mr Puri replied that a Sikh cannot wear a helmet because it's mandatory for him to wear a turban as per the Sikh religion.

The Shiromani Gurdwara Parbandhak Committee (SGPC), which has also filed an intervening application in the case asking to be heard, contended that the Sikh had fought in World War II and contributed in country's independence as well and "if Sikhs are not allowed to wear turbans, what would be our identity"?

The bench said it wants learned arguments based on Sikhism and not emotional arguments, adding: "This country is proud of Sikhs."

The court posted the matter after two weeks, asking the organiser of the cycling event to file its reply making its stand clear in the issue.

Mr Puri was disqualified from the Azad Hind Brevet (long distance cycling), organised by Audax India Randonneurs, after he refused to wear a helmet.

Mr Puri has approached the apex court seeking direction for the Centre to formulate guidelines exempting turbaned Sikhs from wearing any headgear during sports events.

Appearing for Mr Puri, senior advocate R.S. Suri told the bench that wearing a turban is an essential part of Sikh religion and Sikh rights have to be protected.

The lawyer contended that even the Motor Vehicles Act exempts Sikhs from wearing a helmet while driving a two-wheeler and the government should frame guidelines not to force Sikhs to wear headgear while participating in sports events.

The plea mentioned that in several countries such as Britain and the US, members of other communities, including Sikhs, have been permitted to wear turbans while playing sports in keeping with their religious beliefs.

Mr Puri complained that the rule violated his fundamental right to practise and profess one's own religion guaranteed under Article 25 of the Constitution.

"The petitioner tried to put forward the enlightened view on the significance of the turban to a Sikh; it fell on deaf ears.