The Delhi High Court had on August 20, rejected anticipatory bail pleas of Mr Chidambaram in the INX media scam cases lodged by the CBI and Enforcement Directorate. 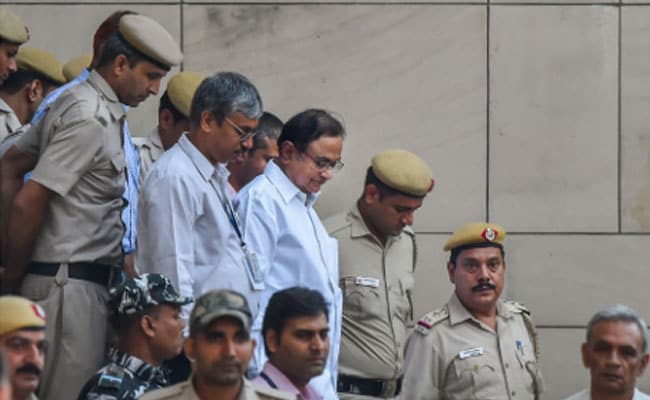 P Chidambaram is being interrogated by the CBI in the INX Media scam case. (File)

The Supreme Court today allowed former union minister P Chidambaram to withdraw his plea against non-bailable warrant and remand orders of the trial court in the INX Media corruption case lodged by the Central Bureau of Investigation or CBI.

A bench of Justices R Banumathi and AS Bopanna passed the order after senior advocate Abhishek Manu Singhvi, appearing for Mr Chidambaram, said they have decided to unconditionally withdraw the petition.

"On instructions, senior advocate Abhishek Manu Singhvi, (appearing for P Chidambaram) seeks to withdraw the petition. The petition is dismissed as withdrawn. All interim orders stand vacated," the bench said.

The bench further directed the registry to return the documents filed by the Enforcement Directorate in sealed cover in the INX media money laundering case and said, "Since by our earlier order we have decided not to peruse the documents, we are hereby returning them."

The CBI had lodged an FIR on May 15, 2017, alleging irregularities in Foreign Investment Promotion Board or FIPB clearance granted to the INX Media group for receiving overseas funds of Rs 305 crore in 2007 during Mr Chidambaram's tenure as finance minister.

Thereafter, the Enforcement Directorate registered a money laundering case in 2017.

The Delhi High Court had on August 20, rejected anticipatory bail pleas of Mr Chidambaram in the INX media scam cases lodged by the CBI and Enforcement Directorate.