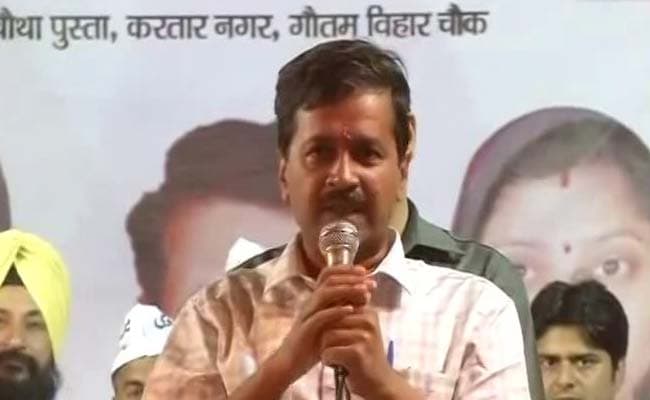 Election Commission hit out at the AAP for levelling "unfair" allegations of EVM tampering.

New Delhi: The Election Commission or EC yesterday hit out at the AAP for levelling "unfair" allegations of EVM-tampering and asked it to introspect on the reasons for its defeat in the Punjab polls, a response described as "unfortunate" by the party.

In a strongly-worded letter, the Election Commission said it was for the Aam Aadmi Party "to introspect as to why your party could not perform as per your expectations and it is unfair on your part to attribute unsatisfactory poll performance to the alleged tamperability of EVMS".

It added that so far, a total of 1,111 allegations regarding the tamperability of "ECI-EVMs" have been considered and dismissed by the commission as various High Courts have unequivocally reiterated that given the effective technical and administrative safeguards, the EVMs were not tamperable and the integrity of the poll process was "fully preserved".

The poll watchdog also said that as per laws related to elections, after the declaration of results, the only option available to verify the data of votes cast was filing an election petition before the High Court concerned.

AAP claimed that the alleged EVM malfunctioning incident in Madhya Pradesh's Bhind district, where the VVPAT-enabled electronic voting machines printed the BJP's poll symbol irrespective of the button pressed during a mock trial, had made it clear that the EVMs were not tamper-proof.

"It is unfortunate that instead of taking due action, the Election Commission is issuing political statements on the issue of EVM tampering...

"The incident (of Bhind) shook the faith of millions of Indian voters in the impartiality of the EC and the entire process of elections using EVMs," it said in a statement.

Promoted
Listen to the latest songs, only on JioSaavn.com
"The incident of Bhind has shown that the EC has completely failed in its duty to protect the EVMs and the integrity of the election process and therefore, failed in fulfilling its constitutional obligation of conducting free and fair elections," the Arvind Kejriwal-led party said, urging the commission to take immediate action in this regard.

"Turning a blind eye to the shocking reports trickling in from Uttar Pradesh, Maharashtra, Punjab and now Madhya Pradesh would serve no purpose and would only erode the credibility of the EC," it added.