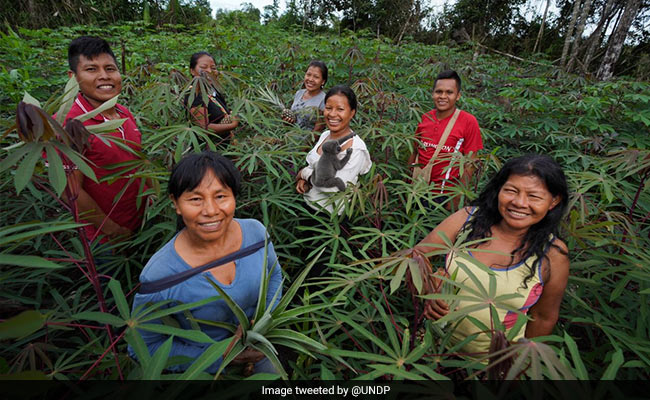 Today is the International Day of Tropics; know all about the tropics here

What are the Tropics?

We often refer to the 'tropics' or 'tropical regions' but do we exactly know which part of our earth it exactly covers? The tropics are essentially the regions that lie roughly in the middle of the globe. The tropics include the Equator and parts of North America, South America, Africa, Asia and Australia (below the Tropic of Cancer and above the Tropic of Capricorn). The tropics cover around 36 per cent of the Earth's landmass.

Tuesday's #TropicsDay is an opportunity to celebrate the extraordinary diversity of the tropics as well as address the unique challenges tropical regions face, such as deforestation, biodiversity loss & high levels of poverty. https://t.co/Y5BqAIqpZfpic.twitter.com/M3M5NbpNrm

The tropical regions are warm throughout the year as they get more sun light and one does not experience seasons like the spiring and autumn. The tropics generally have a wet and a dry season. Most tropical regions get very heavy rainfall but there are tropical deserts like the Sahara, which get only 2-10 centimeter rain in a year.

The International Day of Tropics is marked on June 29 as on that day in 2014, the inaugural State of the Tropics Report was launched. The report gives a "unique perspective" on the tripics and the increasing importance of this part of the globe. "Marking the anniversary of the report's launch the United Nations General Assembly adopted a resolution declaring June 29 of each year as the International Day of the Tropics."