The miners have been trapped in coal mine in East Jaintia Hills district since December 13. 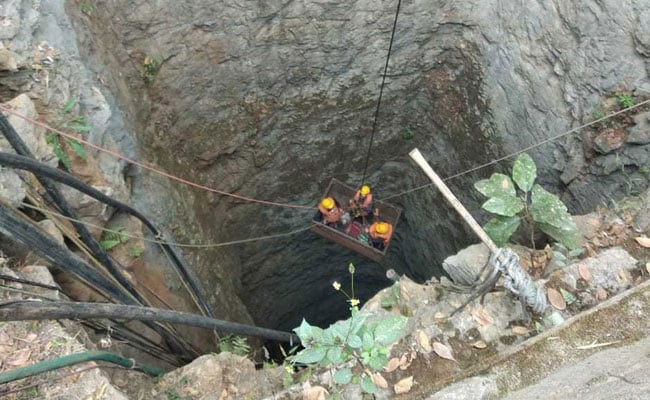 The Meghalaya government on Saturday announced an interim relief of Rs 1 lakh each to the families of the 15 miners trapped in an illegal rat-hole coal mine and sought high power submersible pumps from the Coal India Ltd to rescue them.

The miners have been trapped in coal mine in East Jaintia Hills district since December 13.

The relief was announced as per directions of the National Green Tribunal Committee (NGT), a state government official said.

The NGT committee, during a meeting with state government officials on Thursday, asked them to pay compensation to the next of family of all the miners who have either been injured or killed in the incident.

"We have announced an interim relief of Rs 1 lakh for the families of the trapped miners," Deputy Commissioner of East Jaintia Hills district F M Dopth said.

He said the government gave the approval on Friday and notices were sent to family members of the miners through their respective police stations.

Superintendent of Police (SP) of East Jaintia Hills district Sylvester Nongtynger said that seven of the trapped labourers hail from West Garo Hills district, five from Assam and three from the remote Langthari village, where the accident took place.

On December 13, around 20 labourers entered the 370-foot mine at about 8 am. After reaching the bottom of the pit, they entered the horizontal manholes, often termed as 'rat-holes', as each just about fits one person to get in.

According to villagers, one of the diggers could have accidentally punctured the walls of the cave and the river water gushed in immediately, trapping the miners inside. Only five persons managed to climb out of the mine. Of them, two are locals and police are after the remaining three who had fled to West Garo Hills district.

Chief Minister Conrad K Sangma on Friday said that it will take 200 pumps to flush all the water out.

Currently, only two pumps are engaged in flushing the water out of the shaft.

NDRF assistant commandant S K Singh, who have been camping at the site since December 14, said that the water level is going down as desired. "Our divers are not able to go in since there is no significant drop in the water level. It was established that the water from Lytein river had flooded the mine as the pH level is the same," he told PTI.