Intellectuals Like Amartya Sen Have Always Misled The Society: BJP

On Amartya Sen's call for defeating BJP in the 2019 Lok Sabha polls, the BJP leader said people like him have always taken the society on the wrong path. 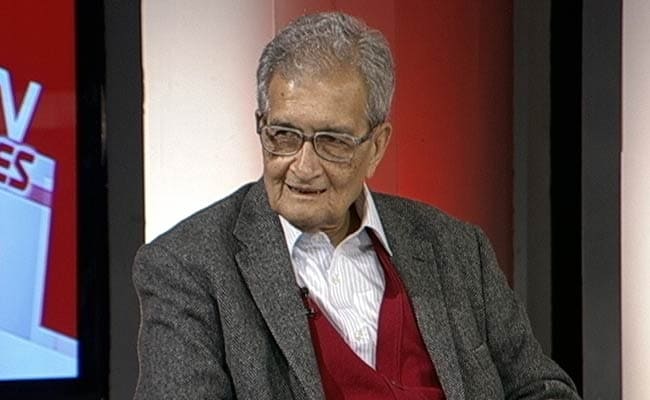 The BJP today came down heavily on Amartya Sen, likening him to people who have always misled the society, a day after the Nobel laureate called for an alignment of non-BJP, non-communal forces for the 2019 Lok Sabha polls.

"Intellectuals like Sen, who had always professed Left ideology, are losing touch with reality. Sen had said CPI(M) is getting invisible. Nothing can be truer than this, nothing can be truer than the fact that people like Sen, a Marxist, have little relevance in the present times," West Bengal BJP president Dilip Ghosh told reporters on the sidelines of a party programme.

On Mr Sen's call for defeating BJP in the 2019 Lok Sabha polls, the BJP leader said people like him have always taken the society on the wrong path.

"He had always given wrong direction to the society, it is no surprise he is again doing the same thing," Mr Ghosh said.

Sharply reacting to Dilip Ghosh's diatribe against Mr Sen, Trinamool Congress Secretary General Partha Chatterjee said, "One has to be a reader of books to acquire the right to speak on Amartya Sen."

Mr Chatterjee said, "Those people, who wield lathis at processions, should refrain from making comments on a person of Sen's stature as they can't appreciate the words spoken by an erudite person like him."

Criticising the BJP government at the Centre, Mr Sen had said yesterday that a party having got 31 per cent votes and ill motives in politics came to power in the 2014 Lok Sabha polls.