Fourteen students of its students cracked NEET in 2018 - 12 of whom got admission in government medical colleges of Odisha. They were even hosted by Chief Minister Naveen Patnaik in July last year to commemorate their achievements. 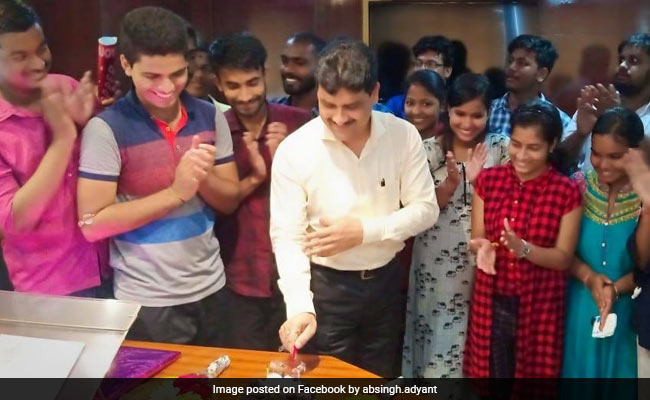 A noble initiative in Odisha akin to famed Super 30 experiment of the mathematician Anand Kumar, is giving wings to wards of humble vegetable sellers, fishermen and marginal farmers to crack the NEET exam and qualify for admission in medical colleges.

The benign effort has been made by a non-governmental organisation through the project "Zindagi". The man behind it is Ajay Bahadur Singh, who had to leave his medical education and sell tea and sharbat (soft drinks) to sustain his family which was facing financial hardship.

The Zindagi programme launched in the year 2016 in Odisha's capital Bhubaneswar has at present 19 meritorious students, both girls and boys, from economically poor families.

Under the project, the talented students from poor financial backgrounds, selected through a statewide screening test, are provided free food, accommodation and coaching to help them become doctors.

Fourteen students of its students cracked NEET in 2018 - 12 of whom got admission in government medical colleges of Odisha. They were even hosted by Chief Minister Naveen Patnaik in July last year to commemorate their achievements.

A Press Trust of India reporter, who early this week saw a class in progress at the foundation, interacted with the students, who are children of vegetable sellers, daily labourers, fishermen and marginal farmers.

Giving wings to their dream of becoming a doctor are Kshirodini Saho, daughter of a marginal farmer from Angul district, Rekha Rani Bagh, daughter of a labourer from Koraput, Smruti Ranjan Senapati, son of a truck driver from Bhadrak district, Satyajit Sahoo, son of a vegetable seller from Panagarh, and Manjit Bala whose father is a fisherman in East Malkangiri.

But, the financial hardship has been no deterrent to the confidence of these children to achieve something big.

Their teachers - Mukul Kumar, Manas Kumar Nayak and Durga Prasad - say it is a "do or die" situation for them.

"All of them have the determination to achieve their goals," said Zoology teacher Durga Prasad.

Zahid Akhtar, coordinator of the Zindagi programme, said boys and girls have separate hostels run by the group where they get simple but nutritious food free of cost. Senior coordinator of the Zindagi foundation - Shiven Singh Choudhry - said it is a one-year programme which starts from first week of July after completing the admission formalities.

The economic background of a student is a must criteria for selection of students as the aim of the project is to help students of poor families achieve big, he said.

The founder of the Zindagi foundation, Ajay Bahadur Singh, said he is doing all this to fulfill his own shattered dream of becoming a doctor, which had ended because of the financial crisis his family went through after his father developed a kidney problem in 1990, when he was preparing for the medical entrance exams.

"In order to pay for the medical bills of his father, and meet the daily needs of his family, we sold all the jewellery and even our small house in Deogarh (now in Jharkhand)," Mr Singh recalled.

"But, it was not enough as all the money was used for the kidney transplant and meeting other medical expenses of my father. With no help coming from elsewhere, I left my studies and started selling tea and sharbat (soft drinks) at shravani mela in the temple town of Baba Baidyanath, which is among the 12 jyotirlingas in the country," Mr Singh, now in 40s, said with tears in his eyes.

After the death of his father, he said he moved to Patna and started giving private tuition to students. "The private tuitions ran successfully and soon I got an opportunity to start a school up to Plus two level in Odisha. And with the earnings from there, I launched the Zindagi foundation to help poor children like me achieve big," he said.

"The motivation to start the Zindagi programme came from a personal experience when I encountered a girl selling rose beads outside the world famous Lord Jagannath temple in Puri, who made a fervent request to buy the beads so that she could finance her studies," he said.

He said he has not fixed the strength of his classroom at the Zindagi foundation. "It all depends how many genuine students of deprived section I get and resource to finance their meals, accommodation and educational needs. Tomorrow if my earnings increase from the school and coaching institutes, I will definitely increase the number of students at the foundation," he added.

The Zindagi foundation chief said though there was no immediate plan to expand his programme in other parts of Odisha or start similar schools in other states, "but I wish to launch such an experiment in Bihar and Jharkhand, full of such students whose talent goes waste for want of economic situation of their families."