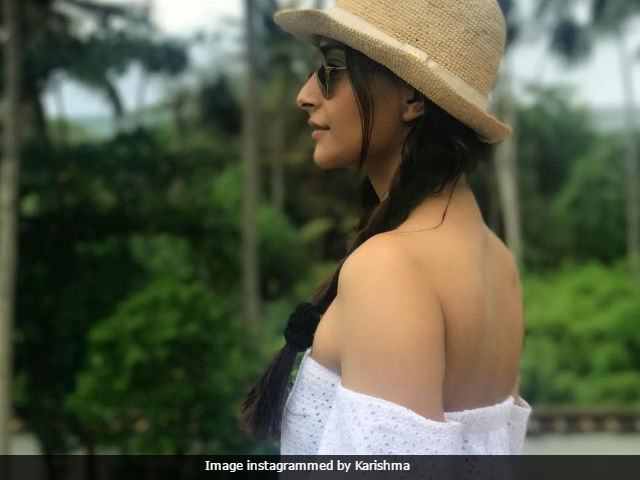 New Delhi: Sonam Kapoor is currently on a vacation in her best friend actress Jacqueline Fernandez's country Sri Lanka (ICYDK, Jacqueline was Miss Universe Sri Lanka 2006). Sonam's sister Rhea is her vacation companion and the Kapoor sisters are setting fashion goals for travellers, dressed in the best of their fashion label Rheson. Chic alone cannot fully describe what we think about Sonam and Rhea's travel wardrobe. Some of these Rheson pieces are absolutely essential for your next trip - like Rhea's asymmetric culottes and Sonam's pleated palazzo and oversized shirt combo. Check out pics from their Sri Lanka vacation diary:

@sonamkapoor in our @wearerheson White Out Pallazo Pant is

Mood: @wearerheson all day everyday. In my #Mogra Kurta, Petal Pants, and my trusty #Rheson backpack. Shop my vacay look now, if you like Link in Bio.

Sonam Kapoor told NDTV that it took two-and-a-half years for them to come up with Rheson, which exists because "we (Sonam and Rhea) wanted to make style and fashion affordable and accessible. We've made it specifically for Indian girls with Indian body types. That was our main criteria. But it had to be fashionable, it had to be my aesthetic and my sister's aesthetic."

Sonam is the eldest of Anil Kapoor and Sunita's three children. Her filmmaker sister Rhea is also her stylist while her brother Harshvardhan debuted in Rakeysh Omprakash Mehra's Mirzya last year.