INS Talwar Refuels With US Navy Tanker In Arabian Sea 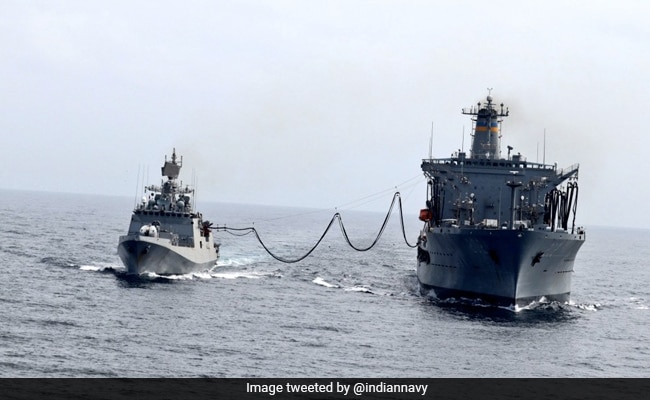 In the following tweet, the Navy said, "The evolution apart from highlighting interoperability between Indian Navy and US Navy enables presence for enhancing maritime security."

In 2017, Manohar Parrikar, then Indian Defence Minister and Ash Carter, then US Defence Secretary, signed the key logistics agreement to enable forces of both the countries to use each other's bases for repair and replenishment of supplies.

The LEMOA facilitates the provision of logistical support, supplies, and services between the US and Indian militaries on a reimbursable basis, and provides a framework to govern them.