The Indus Water Treaty of 1960 gives India the right to use waters of Sutlej, Ravi and Beas rivers, Pakistan said. 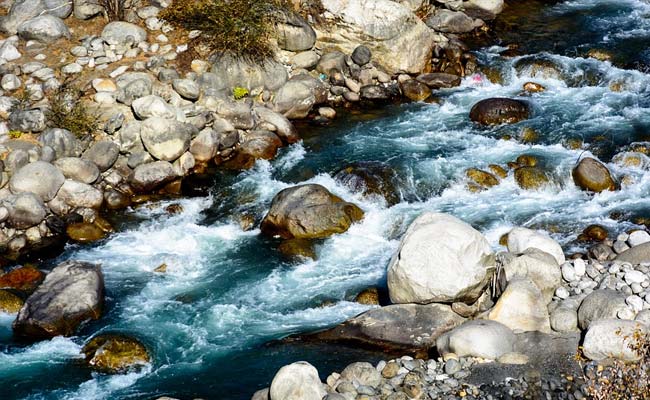 The Indus Water Treaty spells out the water-sharing agreement between India and Pakistan.

Pakistan has said it is not concerned if India diverted the waters of Beas, Ravi and Sutlej a day after Union Minister Nitin Gadkari said the country had decided to fully utilise its share of unused water from the rivers.

The minister's statement had appeared to be the latest strike against Pakistan over the Pulwama terror attack in Jammu and Kashmir last week that claimed the lives of over 40 troopers of Central Reserve Police Force (CRPF). New Delhi, however, clarified later that the minister was reiterating a decision taken after the 2016 terror strike in Jammu and Kashmir's Uri. India has already withdrawn the Most Favoured Nation (MFN) trading status to Pakistan and slapped a 200 per cent duty on all imports.

Speaking to Dawn newspaper on Thursday night, Secretary of Pakistan's Ministry of Water Resources Khawaja Shumail said: "We have neither concern nor objection if India diverts water of eastern rivers and supplies it to its people or uses it for other purposes, as the IWT (Indus Waters Treaty) allows it do so."

Mr Shumail said Pakistan did not see India's decision as worrisome in context with the Indus Water Treaty.

"But we will definitely express our concerns and raise objections strongly if they use or divert waters of western rivers (Chenab, Indus, Jhelum) on which our right to use prevails," he added.

As the Indus Water Treaty has already given a right to India in 1960 to use the water of eastern rivers, it is now up to it to do so or not, Pakistan's Commissioner for Indus Waters Syed Mehr Ali Shah told Dawn.

"Whether they diverted and used their unutilised share of eastern rivers' waters in 1960, we had no problem. They want to do it now, we have no problem. And if they don't want to use this, we have no issue," Mr Shah told the newspaper.

The Pulwama terror attack on Feb 14 was claimed by Pakistan-based terror group Jaish-e-Mohammed. India has accused Pakistan of not doing enough to control such groups, while Pakistan has denied involvement.