The pilot's mother and grandmother had vowed that they would not board a flight until he flies it. 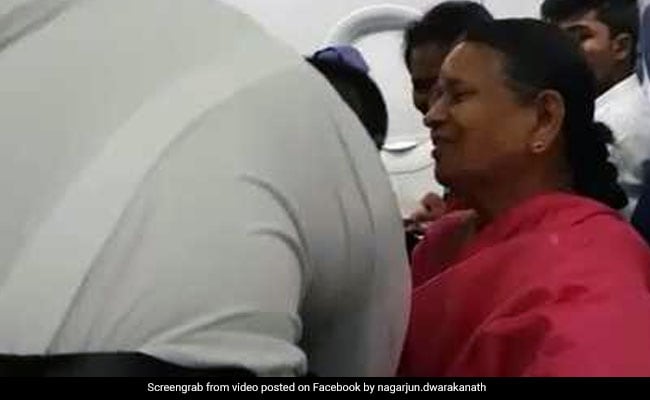 In a heartwarming story, an IndiGo pilot touched his mother's and grandmother's feet before he flew them to Singapore on their first flight.

Pradeep Krishnan is seen making his way through passengers on the plane's aisle trying to reach his family before he flies the plane.

After he reaches them, he quickly touches their feet before making his way back to the cockpit. The women were all smiles and it was a proud moment for the entire family.

Mr Krishnan's mother and grandmother had vowed that they would not board a flight until he flies it. The Singapore-bound flight took off from Chennai.

The video has been shared on Facebook by the pilot's friend and has been liked by many. Take a look at the video:

The friend also shared an emotional message and referred to the touching incident as a "dream come true" for this friend.

"Have come a long way from 2007 when we first started to fly. 11 years since we first flew as student pilots," he said.