At hospitals and vaccination centers across major cities -- from Mumbai to New Delhi -- tens of thousands of key front-line workers are expected to line up to receive and administer the first vaccines. 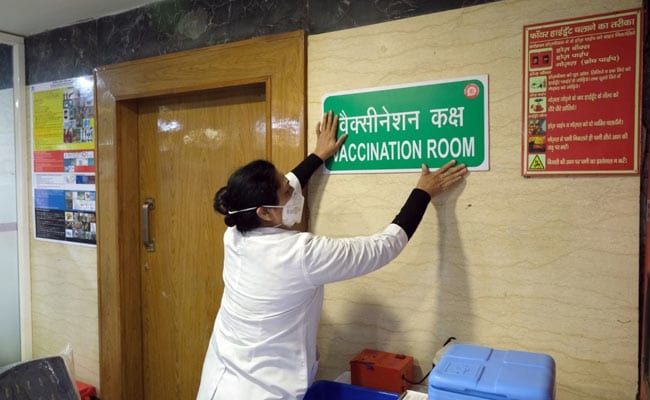 India launched one of the world's largest coronavirus vaccination drives on Saturday, setting in motion a complex deployment plan aimed at stemming the wide spread of infections across a nation of more than 1.3 billion people.

At hospitals and vaccination centers across major cities -- from Mumbai to New Delhi -- tens of thousands of key frontline workers began queuing, some to receive the first vaccines while others to administer them. Prime Minister Narendra Modi kicked off the program with a speech addressing more than 3,000 centers across the country where the first shots were to be given.

"These vaccines will help India win the battle against the virus," PM Modi said, adding that people should get the shots and not pay heed to any anti-vaccine propaganda.

In a hospital in Mumbai, health workers chanted the name of the Hindu god Ganesha, believed to bless new beginnings, as they moved vials from cold storage to the vaccination sites. Many health workers and hospital staff shortlisted to be inoculated on the first day of the campaign said they were relieved to be on the list.

The inoculation campaign across the world's second-most populous country will showcase whether Covid-19 can be swiftly tamed in nations with disjointed health and transportation networks. Officially, more than 10.5 million people in the country have been infected with the disease that has also killed at least 150,000.

The effort comes as more-developed nations struggle in trying to rush out inoculations. Though the U.S. and other countries have stockpiled hundreds of millions of doses, the pace of vaccinations has been challenged by unexpected glitches and logistical problems.

India's rollout is one of the earliest and most ambitious in Asia, where many nations are taking a slower approach in vaccinating their populations. That's partly because those countries are facing less severe virus outbreaks than India, which has the second-highest number of infections in the world.

The country has granted emergency licenses to the two-dose vaccines manufactured by Bharat Biotech International Ltd. and the Serum Institute of India Ltd. The latter partnered with AstraZeneca Plc to make at least one billion doses of their shot. New Delhi already made its first purchase of 11 million Astra shots, as well as 5.5 million vials of Covaxin, the indigenous inoculation produced by Bharat Biotech. Plans drawn up by the health ministry outline steps to vaccinate 300 million people in the first stage through August.

In an initial round, 30 million health care and front line workers -- such as the police and defense forces -- will receive injections. The second phase is targeted at about 270 million people above the age of 50 and those at particular risk to Covid. The process will draw on existing networks used to vaccinate tens of millions of babies each year against diseases such as polio.

The country's deployment blueprint "has a level of detail which I haven't seen in any other rollout plans," said Prashant Yadav, a senior fellow at the Center for Global Development in Washington.

But those arrangements may face bottlenecks and vaccine wastage when implemented by the country's four levels of government, particularly once deployment fans out to rural hinterland, he said.

"There are going to be clinics in places which don't have as much demand as was originally planned, which requires changing the plan, making supply shift to other locations quickly," Mr Yadav said. "Is the decision-making going to be agile?"

Administrators of vaccines may also face a hesitant population after the drug regulator caused controversy by giving a green light to Bharat Biotech's Covaxin this month even though it has yet to clear final-stage trials.

The decision on the shot, which was developed in partnership with the government, was met with widespread criticism among scientists. Days later, executives from Bharat Biotech and Serum engaged in a public spat over the safety of their respective vaccines.

"There is a lot of apprehension and fear among our colleagues, health care workers and the public, because this being a fast-tracked vaccine. Whether there will be any complication, problem, or even death," said Sandeep Nayar, 54, a senior doctor at the BLK Super Speciality Hospital in New Delhi, who has been chosen to get the first shot at his hospital. "I have no apprehension. Both the vaccines are safe." 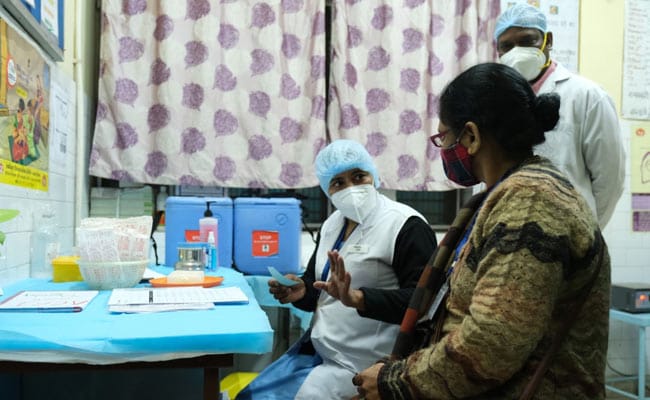 A health worker wearing a protective mask, left, talks to a volunteer during a nationwide trial of a Covid-19 vaccine delivery system

"It's unclear whether every state, district, every vaccine site will get both," and if Indians will get a choice, Mr Yadav said. "People have questions about both, but particularly about one of them -- that is the trickiest part of this rollout."

Government officials have been adamant that both vaccines are safe and have urged the public to get inoculated.

For now, health experts and industry specialists are confident the initial phase in urban centers will be relatively well managed. The real test will come as the country widens its vaccination net.

"The rollout itself looks like a massive effort," Mumbai Municipal Commissioner Iqbal Singh Chahal said in an interview. "But in India we've had several such drives -- in fact, the one to eradicate polio was more complicated as our teams went door-to-door."