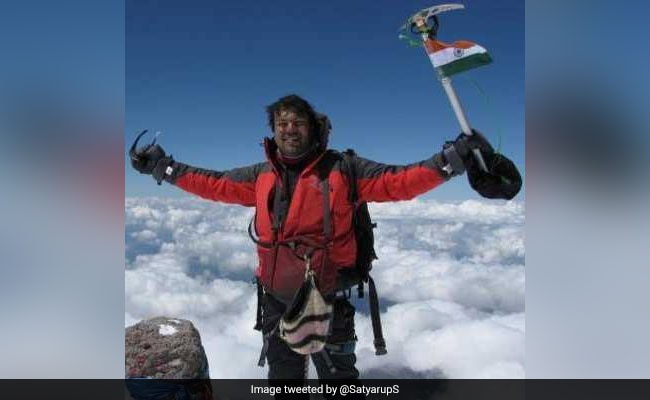 Mountaineer Satyarup Siddhanta, 35, climbed Antarctica's highest point, Mount Sidley, to become the youngest man in the world to have climbed the seven highest volcanic peaks, besides other summits.

Mr Siddhanta summited Mt Sidley at 6:28 IST, at a temperature of minus 40 degree celsius, according to the inReach Satellite Communicator that he was carrying.

"6:28 AM (IST) successfully summited Mt. Sidley highest volcanic peak of Antarctica. Fluttered the India flag at Sidley, what a proud moment," he tweeted.

Last year, he scaled Pico de Orizaba which is the highest volcanic peak in North America.

Based in Bengaluru, Mr Siddhanta hails from Haridevpur in South Kolkata and is a software engineer by profession.

He holds the record of conquering several summits such as Mt Kilimanjaro in Africa, Mt Elbrus in Europe, Mt Denali in Alaska and Mt Monc Blanc in France.