The new reportsaid that more than half of the projected increase in the global population up to 2050 will be concentrated in just nine countries, led by India 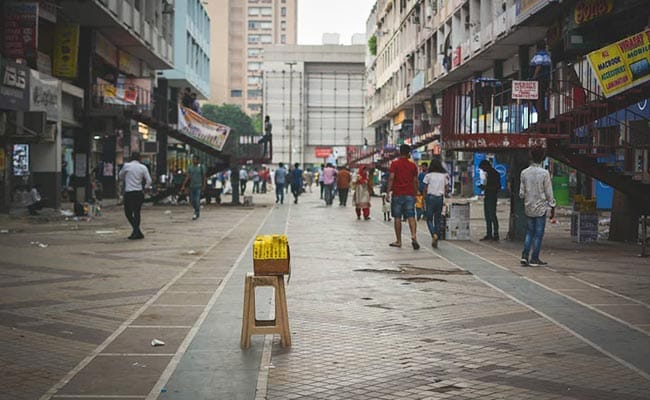 India, projected to surpass China as the world's most populous country around 2027, is expected to add nearly 273 million people between now and 2050 and will remain the most populated country through the end of the current century, a UN report said on Monday.

''The World Population Prospects 2019: Highlights'', published by the Population Division of the UN Department of Economic and Social Affairs, said the world's population is expected to increase by two billion people in the next 30 years, from 7.7 billion currently to 9.7 billion in 2050.

The world's population could reach its peak around the end of the current century, at a level of nearly 11 billion, according to the study, which presents the main results of the 26th round of the UN's global population estimates, projections and global demographic patterns.

The new report said that more than half of the projected increase in the global population up to 2050 will be concentrated in just nine countries, led by India and followed by Nigeria, Pakistan, Democratic Republic of the Congo, Ethiopia, Tanzania, Indonesia, Egypt and the US.

The report highlighted that "disparate population growth rates" among the world's largest countries will re-order their ranking by size.

India is projected to surpass China as the world's most populous country around 2027, according to current projections made in the report.

"India is expected to add nearly 273 million people between 2019 and 2050, while the population of Nigeria is projected to grow by 200 million. Together, these two countries could account for 23 per cent of the global population increase to 2050," the report said.

Previous UN projections had estimated that India will surpass China as the world's most populous country as early as 2022. The 2017 world population report, released by the UN two years ago, had estimated that the population of India will surpass that of China's by around 2024. In its 24th round of estimates released in 2015, the UN had projected that India will become more populous than China by 2022.

The report said that after this re-ordering between 2019 and 2050, the ranking of the five largest countries is projected to be preserved through the end of the century, when India could remain the world's most populous country with nearly 1.5 billion inhabitants, followed by China with just under 1.1 billion, Nigeria with 733 million, the US with 434 million, and Pakistan with 403 million inhabitants.

It further said that in 2019, around 40 per cent of the world's population lives in intermediate-fertility countries, where women have on average between 2.1 and four births over a lifetime.

Average lifetime fertility of 2.1 live births per woman is roughly the level required for populations with low mortality to have a growth rate of zero in the long run. Intermediate-fertility countries are found in many regions, with the largest being India, Indonesia, Pakistan, Mexico, the Philippines and Egypt.

The report also confirmed that the world's population is growing older due to increasing life expectancy and falling fertility levels, and that the number of countries experiencing a reduction in population size is growing.

Global fertility rate, which fell from 3.2 births per woman in 1990 to 2.5 in 2019, is projected to decline further to 2.2 in 2050. A fertility level of 2.1 births per woman is needed to ensure replacement of generations and avoid population decline over the long run in the absence of immigration.

UN Under-Secretary-General for Economic and Social Affairs Liu Zhenmin said the report offers a roadmap indicating where to target action and interventions.

"Many of the fastest growing populations are in the poorest countries, where population growth brings additional challenges in the effort to eradicate poverty, achieve greater equality, combat hunger and malnutrition and strengthen the coverage and quality of health and education systems to ensure that no one is left behind."

A growing number of countries are experiencing a reduction in population size. Since 2010, 27 countries or areas have experienced a reduction of one per cent or more in the size of their populations, caused by sustained low levels of fertility.

The report added that migration has become a major component of population change in some countries. Between 2010 and 2020, 14 countries or areas will see a net inflow of more than one million migrants, while 10 countries will see a net outflow of similar magnitude.