India's New Coronavirus Infections At Lowest In Almost A Month

There have been 5.6 million cases in total in India, second only behind the United States. The total death count stands at 88,935 people. 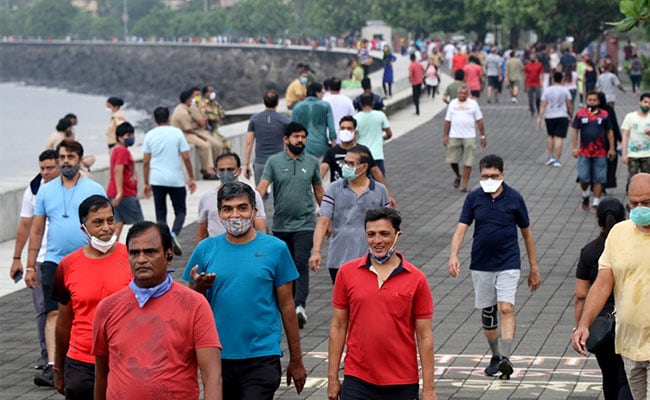 People stroll along the promenade at Marine Drive, amidst the COVID-19 outbreak, in Mumbai

India reported its lowest daily tally of coronavirus cases in almost a month on Tuesday as it prepares for clinical trials of a potential Russian vaccine in the next few weeks.

There have been 5.6 million cases in total in the country, second only behind the United States. The total death count stands at 88,935 people.

Despite the fall in cases on Tuesday, India is consistently reporting the highest tally of daily cases anywhere in the world as a dense population and often rudimentary healthcare infrastructure hamper attempts to control the pandemic.

On Tuesday drugmaker Dr Reddy's Laboratories Ltd said it could begin late-stage trials of a vaccine within the next few weeks.

Indian trials of the Sputnik-V vaccine candidate, being developed by Russia's sovereign wealth fund, will enroll 1,000-2,000 participants and be conducted at multiple government and private hospitals across the country, Deepak Sapra, CEO for API and pharmaceutical services at Dr Reddy's, told Reuters.

"We want to get to the first step - which is the commencement of the clinical trials by getting the necessary approvals from the Indian regulators - within the next few weeks," Mr Sapra said.

Following a three-month lockdown, Prime Minister Narendra Modi has given states more powers than ever to reopen shops, offices and public transport.

But the pandemic continues to have an effect on the economy, that contracted by a quarter in the three months to June - the largest such figure on record.

Popular Indian gaming and entertainment centre operator Smaaash Entertainment is shutting down, Reuters reported on Tuesday, as few choose to hang out in its arcades amid surging coronavirus cases.