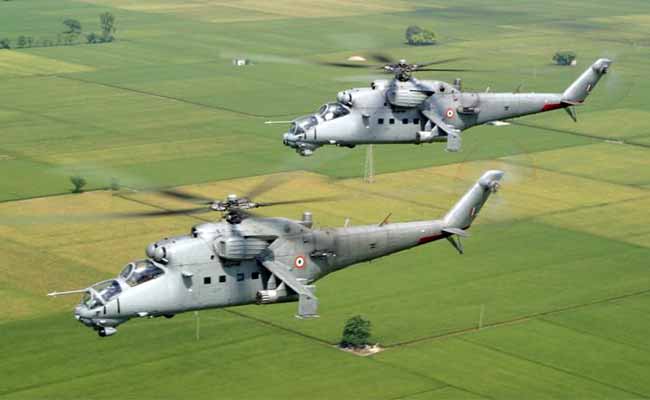 According to the Afghan Defense Ministry, the helicopters will be used in the ongoing Helmand battle for the first time.

Kabul: Afghanistan on Wednesday said three of the four multirole Mi-35 helicopters that India donated to it last month have been assembled and are now fully operational to combat terrorism in the war-torn country.

According to the Defense Ministry, the helicopters will be used in the ongoing Helmand battle for the first time.

"We have always been helped by India. The helicopters donated by India to Afghanistan have been assembled and will help us fight terrorists," Tolo news agency quoted Ghulam Sakhi Ahmadzai, deputy chief of procurement of the Defense Ministry, as saying.

Thanking India for its cooperation, air force commander Abdul Wahab Wardak said help from regional and global countries was crucial for bringing peace and stability to the country.

"The [Indian) helicopters are very suitable for the climate and the location of the country and they can give further morale to the security forces in their operations against terrorists," he said.

"As we are helped by India and the US we need the same cooperation from other countries because the Taliban, Daesh and al-Qaeda are not only the enemy for Afghanistan but [the enemy of] any country in the world," Mr Wardek said.

Meanwhile, India's Defense Attache in Kabul Sujit Narain said that he was happy that the helicopters are operational for the Afghan Air Force.

"We consider Afghanistan as our close friend and we will further help this country," Mr Narain said.

The Three helicopters were handed over to Afghanistan during Prime Minister Narendra Modi's visit to Kabul in December last year, the fourth helicopter is expected to be delivered soon.