The event on Tuesday in the national capital saw the participation of CPI(M) General Secretary Sitaram Yechury and CPI general secretary D Raja. 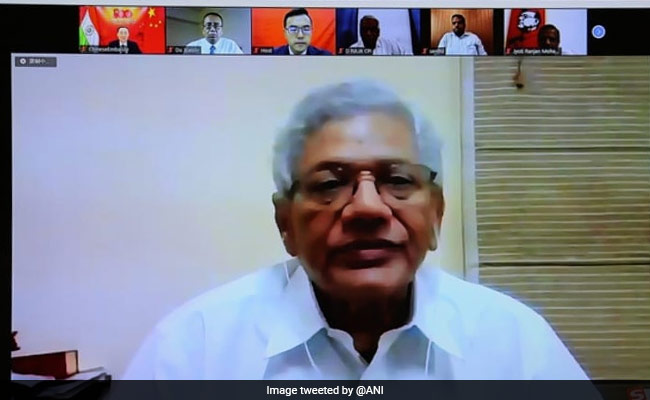 D Raja confirmed his participation in the event along with Sitaram Yechury.

Other Indians who took part in the event were Dravida Munnetra Kazhagam (DMK) MP DNV Senthilkumar and G Devarajan, Secretary of Central Committee of the All India Forward Bloc.

Speaking on the Galwan valley incident during the event, the Chinese envoy said China has made clear its position on many occasions. He said that the frontier troops of both countries have disengaged in the Galwan Valley and the Pangong Lake areas.

"China-India relations are significant to peace and prosperity of the region and the world at large. We should view and treat our bilateral relations from a more comprehensive and long-term perspective," the envoy added.

Meanwhile, CPI general secretary D Raja confirmed his participation in the event saying that he conveyed congratulations and greetings to CCP during the event.

"It is an occasion of centenary on the communist Party of China, that was a virtual meeting where I and Sitaram Yechury, CPI(M) General Secretary, joined Chinese Envoy in India, Sun Weidong, and Du Xiaolin, Counselor, International Department, CPC, and conveyed congratulations and greetings, two days back," Mr Raja said.