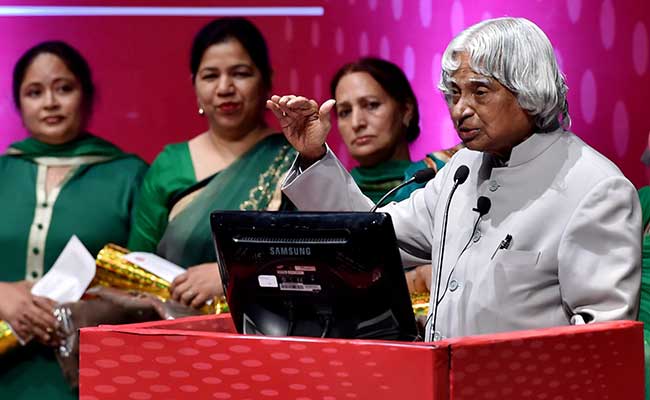 New Delhi: Former President A P J Abdul Kalam today advocated a "complete" change of the higher education framework in the country and stressed on skill development to come up with a workforce to meet future challenges.

Speaking on the occassion of the third Malti Gyan Peeth Puraskar in New Delhi, Dr Kalam suggested that students in schools and colleges be handed over "skill certificates" apart from the conventional degrees.