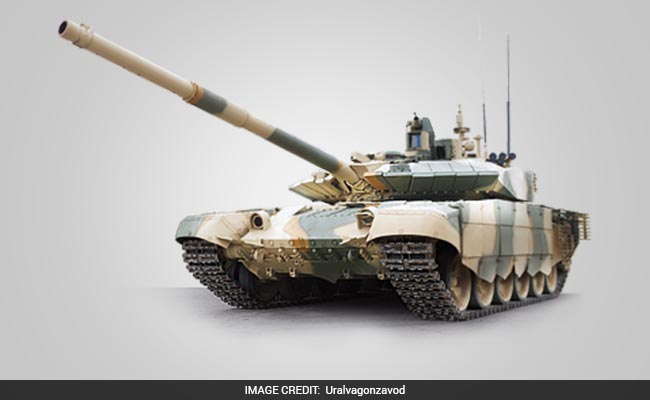 New Delhi: India's future main battle tank, the T-90MS 'Tagil', which will be license manufactured in Avadi in Chennai, will not be equipped with new-generation active protection systems that destroy incoming missiles and shells before they can hit the tank. Active protection systems have saved the lives of dozens of tank crew deployed in Israeli combat operations in Gaza and have now been deployed by the Russian Army in operations in Syria.

Active protection systems are meant to counter this threat. Radars fitted on tanks detect the launch of hostile missiles and tank shells, predict their incoming trajectory and launch guided ammunition that can destroy or deflect hostile projectiles upto 50 metres away from the tank. The ensuing blast destroys the enemy missile, rocket propelled grenade or shell before it can pierce the armour of the tank. 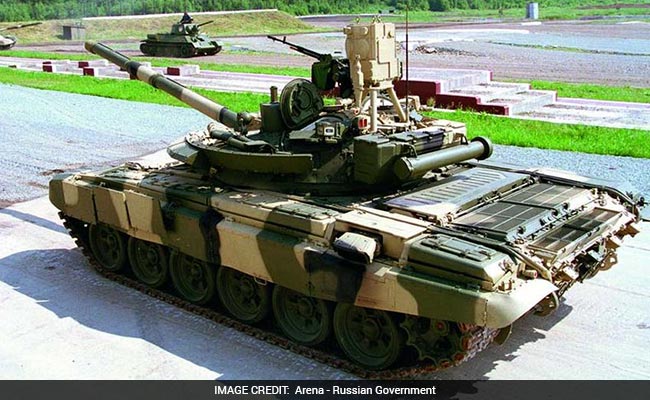 NDTV has learned that the Russian 'Arena' active protection system and the Israeli 'Trophy' system were both being considered for the Indian Army's new T-90MS tanks based on the formidable reputation they have earned during combat. However, the 'Arena' system was withdrawn from the competition at the technical evaluation stage prior to field trials being held because it did not meet the technical criterion spelt out by the Indian Army.

Promoted
Listen to the latest songs, only on JioSaavn.com
The withdrawal of the 'Arena' resulted in a single-vendor situation with only the Israeli 'Trophy' remaining in the race. This is a scenario the government looks to avoid in major defence purchases since it no longer has the ability to choose the least expensive system among the shortlisted options available. Accordingly, in late October this year, the Defence Acquisition Committee rejected the import of all active protection systems. These were likely to have cost approximately Rs 2 crore per tank. Now, the government has ordered a feasibility study to see if the systems can be developed in the country under the government's flagship 'Make in India' programme which may involve a joint venture with a foreign firm. 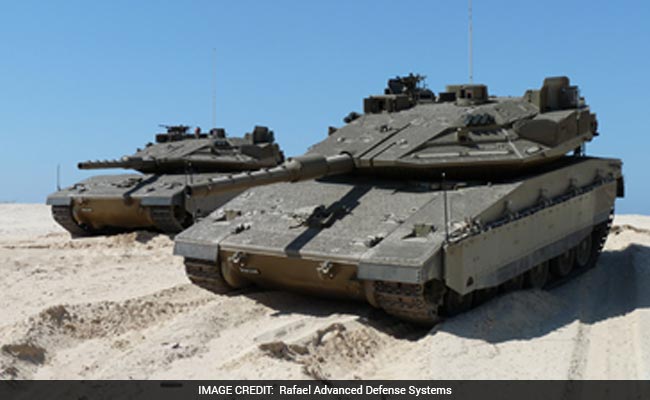 The delay in the acquisition of active defence systems for its tanks is a cause of concern for the Indian Army. Videos of the conflict in Syria and Iraq uploaded by rebel fighters on YouTube clearly show modern American-built M1 A1 'Abrams' and German designed Leopard 2A4 tanks being destroyed by Russian or American anti-tank guided missiles which have been supplied to rebel fighters. According to the website 'War is Boring' which has monitored the conflict in Syria, "There's no fewer than 1,800 T-55, T-62 and T-72 tanks plus BMP fighting vehicles exploded, burned, disabled or seized by rebels - with potentially thousands of crewmen also being killed injured or captured."

In November, the government cleared a Rs 13,448 crore deal to acquire 464 brand-new T-90MS 'Tagil' tanks. India already operates more than 800 T-90S tanks first delivered by Russia in 2001. These are considerably less capable than the T-90MS which has now been ordered. All T-90s form the cutting edge of the Indian Army's armoured formations and would be an integral part of any offensive across Punjab and Rajasthan in the event of war with Pakistan. At the moment, no tank in Indian Army service has an active protection system.