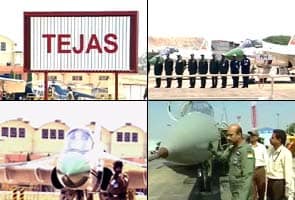 Conceived and launched in 1983 with a meagre funding of Rs. 560 crore, the operational aircraft and test flights could actually be launched only in 2001.

The project, which has a fair number of critics in the country and within the Air Force, has gone through many ups and downs in its long journey. But 10 years after the initial test flights, the Tejas, a fourth-generation plus aircraft, has finally arrived.