In the Asia-Pacific group, there were 11 very strong candidates vying for 8 seats, making the election hotly-contested. 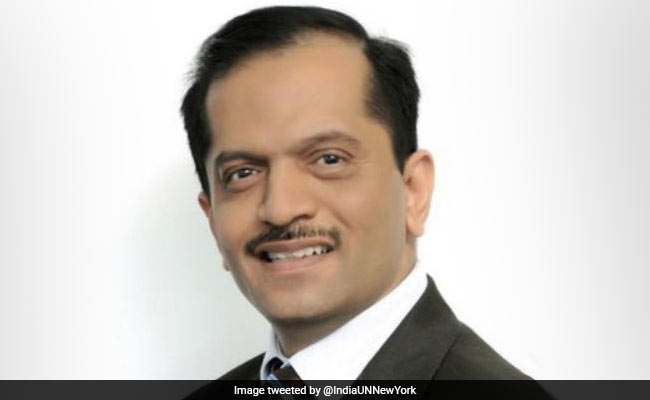 Professor Bimal Patel, Vice-Chancellor, Rashtriya Raksha University and Member of National Security Advisory Board of India, has been elected to the International Law Commission for a five-year term starting January 1, 2023 in a hard-fought election at the United Nations.

Mr Patel garnered 163 votes in the UN General Assembly out of 192 members present and voting, topping the Asia-Pacific group that included candidates from China, South Korea and Japan.

In the Asia-Pacific group, there were 11 very strong candidates vying for 8 seats, making the election hotly-contested.

"Professor Bimal Patel of India is elected to the #ILC for a 5-year term. Our contribution to #ILC will reflect the commitment to uphold rules-based international order, underpinned by #RuleOfLaw," India's Permanent Mission to the UN tweeted immediately after the election results were announced on Friday.

Professor Bimal Patel of 🇮🇳 is elected to the #ILC for a 5 year term.

Our contribution to #ILC will reflect the commitment to uphold rules-based international order, underpinned by #RuleOfLawpic.twitter.com/4MG953GQQW

"Heartfelt gratitude to all countries who reposed their trust in India's candidate with highest votes in Asia-Pacific Group," the mission said.

Mr Patel is an esteemed educationalist, jurist and administrator and during his professional career of over three decades, he has served in various roles such as the Director at the Gujarat National Law University and member of the 21st Law Commission of India.

He has worked for 15 years at global organisations such as the United Nations of Youth and the Organisation for the Prohibition of Chemical Weapons (OPCW) at the Hague, Netherlands, according to his profile on the Rashtriya Raksha University website.

The International Law Commission was established by the General Assembly in 1947 to undertake the mandate of the Assembly to "initiate studies and make recommendations for the purpose of... encouraging the progressive development of international law and its codification".

The Statute of the International Law Commission provides that the Commission shall consist of 34 members "who shall be persons of recognised competence in international law."