According to the notice, the allotment had been made to IWPC on May 13, 1994, and it had been cancelled with effect from January 6, 2021, following the expiry of tenure. 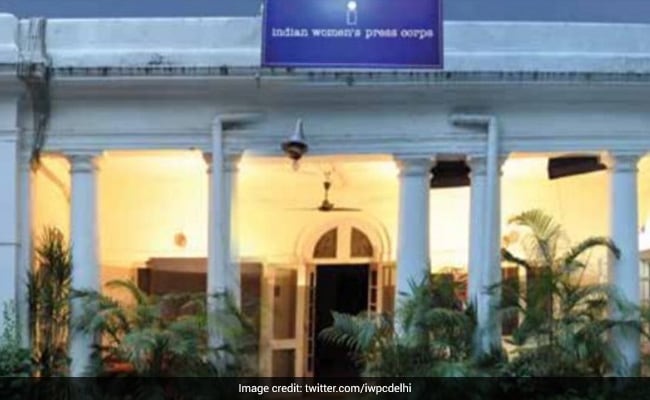 The notice was issued on August 5 by the directorate of estates.

The government has issued an eviction notice to the Indian Women's Press Corps (IWPC) located at Windsor Place in Lutyens' Delhi and asked it to pay their outstanding dues immediately, an official said on Saturday.

The notice was issued on August 5 by the directorate of estates, which comes under the Union Housing and Urban Affairs Ministry.

When contacted, a senior IWPC office-bearer refused to comment.

According to the notice, the allotment had been made to IWPC on May 13, 1994, and it had been cancelled with effect from January 6, 2021, following the expiry of tenure.

"We have sent a notice to IWPC asking them to vacate the government accommodation. They have been asked to pay their outstanding dues," the official said.

The official, however, pointed out that if all dues are cleared, retention of the said premises may be considered by the competent authority.

According to a source, in January 2018, the tenure of the allotment had been extended for three years.

On Wednesday, the ministry had told the Raya Sabha in response to a question that IWPC had dues worth around Rs 30.3 lakh as of June 30 this year.

According to the government, the other two entities against which dues are pending are the IWPC and Mahila Dakshta Samiti.

On Friday, the Union Housing and Urban Affairs Ministry had said that the Dr Syama Prasad Mookerjee Research Foundation had dues of Rs 11,06,400 as of June 30, 2021.

"This Organization has paid Rs 10,55,600 in the afternoon of August 3 while Rs 2,35,200 have been deposited on August 5, 2021 afternoon. Therefore, this organisation has fully cleared all its dues," the ministry had said in a statement on Friday.

It had also said that organisations, whose rents are due, have been issued notices by the Directorate of Estates, adding that they are expected to clear their dues expeditiously, otherwise appropriate legal action shall be initiated.