This is the first time an Indian warship has reached the west coast of North America, a release said. 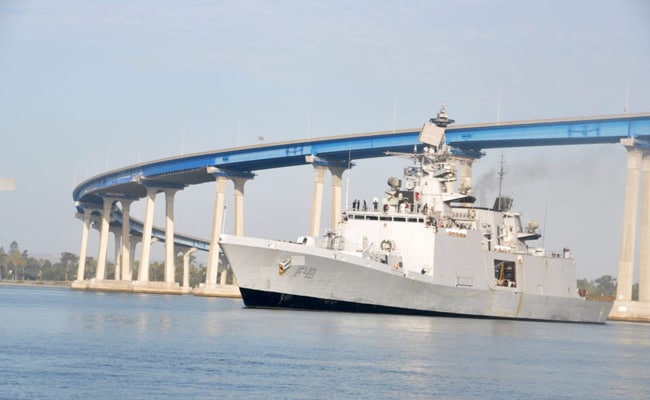 The national flag will be hoisted on INS Satpura in San Diego.

An Indian warship arrived at a harbour in San Diego, California on Saturday as part of the Navy's commemorative visits ahead of the 75th Independence Day celebration. 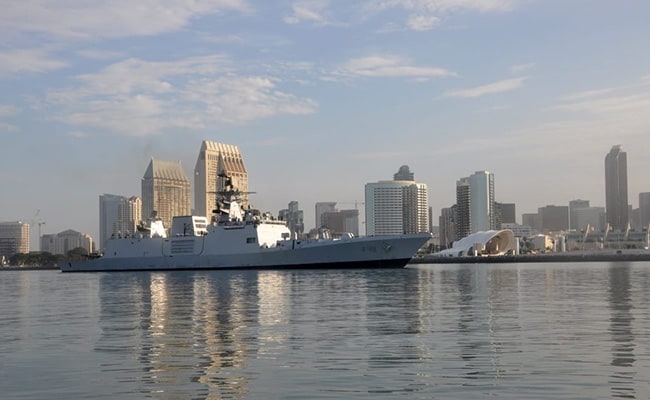 The national flag will be hoisted on INS Satpura in the presence of expatriates, while being 10,000 nautical miles away from her base port, an official release said.

The commemorative visits by the Indian Navy are being undertaken across six continents, three oceans, and six different time zones. 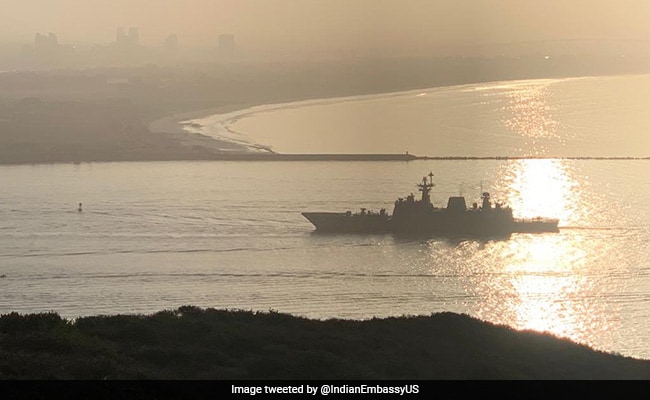 INS Satpura, an indigenously built Shivalik-class stealth frigate, will also conduct a 75 lap "Azadi Ka Amrit Mahotsav Run" at San Diego US Navy Base on Monday, on the occasion of Independence Day. Each of the 75 laps will be dedicated to 75 stalwarts of India's freedom struggle as a remembrance of their sacrifices for the nation. 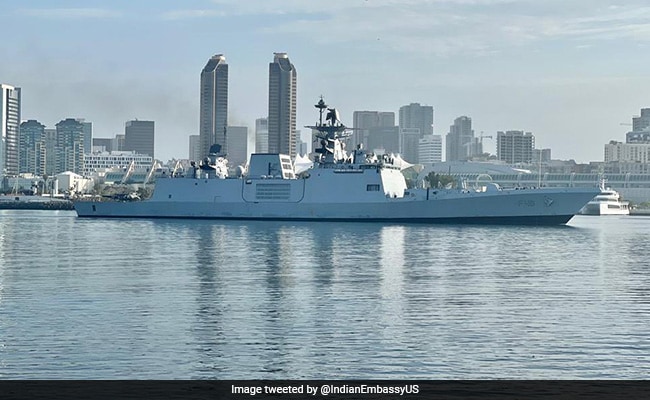 This is the first time an Indian warship has reached the west coast of North America, which makes INS Satpura's San Diego visit historic, according to the release. This demonstrates the capability of the Indian Navy to deploy across the globe, it added. 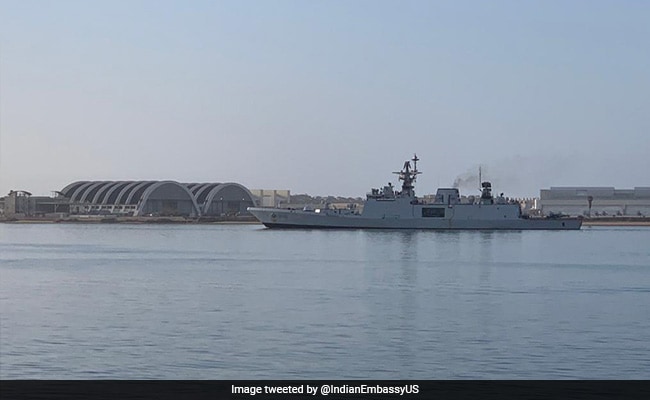 A range of activities have been undertaken by the Indian Navy since last year in the country and abroad as part of its Azadi Ka Amrit Mahotsav celebrations.

Commemorative ship visits to 75 Indian ports in 2021-22, President's Fleet Review, sail ship expedition, Lokayan 2022, display of the monumental flag at Mumbai and community outreach programs across all coastal districts of India are a few major initiatives in this regard by Indian Navy, the release said. INS Satpura is a 6,000-tonne guided missile stealth frigate equipped to seek and destroy its enemies in air, surface, and underwater. It is a frontline unit of the Eastern Fleet based at Visakhapatnam.