Indian Techies Need Not Worry About H1B Visa Curbs In US: Sushma Swaraj 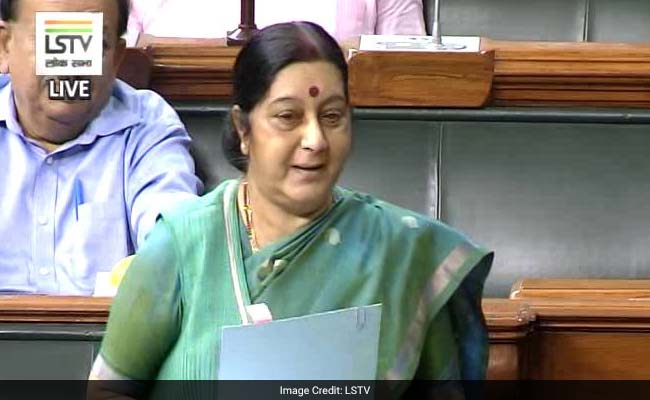 Sushma Swaraj said in the Rajya Sabha that there was no reason to worry about the H1B visa curbs.

New Delhi: External Affairs Minister Sushma Swaraj on Thursday said there was no reason to worry about the curbs on H1B visas or the job security of Indian IT professionals working in the US for the time being as the Indian government is in talks with the US regarding this.

"Currently there are four bills in the US Congress about curbs on H1B visas. We are engaged (in a dialogue) with the US at very high level regarding this... We are making all efforts (through diplomatic channels) to ensure these bills are not passed," Ms Swaraj said in the Rajya Sabha.

"So there is no reason to worry about it as of now," she added.

The minister pointed out that even before Donald Trump became President, there had been a "flip-flop" in the H1B visa policy by the US.

The minister also informed the house that the visa facility extended to the spouse of the Indian professionals has not been withdrawn by the US so far.

On illegal migrants, Ms Swaraj said that the US authorities have given a list of 271 persons who they have identified for deportation.

"We have asked for more details about these 271 persons. Once we check their antecedents and find they are actually Indian citizens, we'll provide them travel documents back to India so that they are not put behind bars by US authorities," she said.

Promoted
Listen to the latest songs, only on JioSaavn.com
She said India will once again raise the issue of totalisation once "the jobs of Indian IT professionals are ensured to be secure".