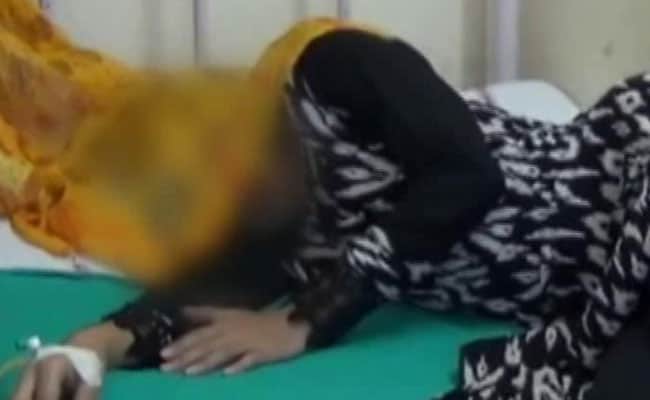 Family members said the attack last week was retaliation for not withdrawing the case.

A 20-year-old college student was found in the roadside bushes of a small northern Indian city last week, raped and left for dead. In the days afterward, a shocking possibility came to light: Her attackers may be the same five men who had raped her three years earlier but were out on bail. They allegedly raped her again because she had been so steadfast in her case against them.

Heinous rape cases periodically find airtime in the Indian news cycle, but the outcry is often muted when the victim belongs to a lower caste. The unnamed girl in this case is a Dalit, a term used to describe the lowest rungs of India's caste system. Casteism is outlawed by India's constitution, but the practice is widespread, especially in smaller towns and rural areas. The five men whom the girl's family blames for the rapes belong to the upper castes.

According to local media interviews with the girl's family, two of the five accused were arrested in 2013 after the first incident of rape but were let off on bail.

"We had filed a case in the court for the arrest of the remaining three and re-arrest of the two out on bail. We were getting constant threats from the accused to reach a compromise outside the court, but we remained firm. That's why they have attacked her again," the victim's brother told the Hindustan Times.

Rohtak, the place where the rape occurred, is outside Delhi, in a state known for its deeply chauvinistic attitudes and patriarchal prejudices - where male-dominated village councils often mete out their brand of misogynistic justice with impunity.

The victim's family said this week that her attackers took her from outside her college, drugged her and raped her in a car.

The victim was interviewed in her hospital bed and could barely speak. She was able to tell a TV crew that she went unconscious during the rape but could not muster any more words. Her mother said she had relocated her family to Rohtak after the first rape for safety and better education prospects.