Besides the Middle East, Eastern Europe and many countries in Africa, 'Gift Of The Givers' teams have also assisted during natural disasters in India and Pakistan. 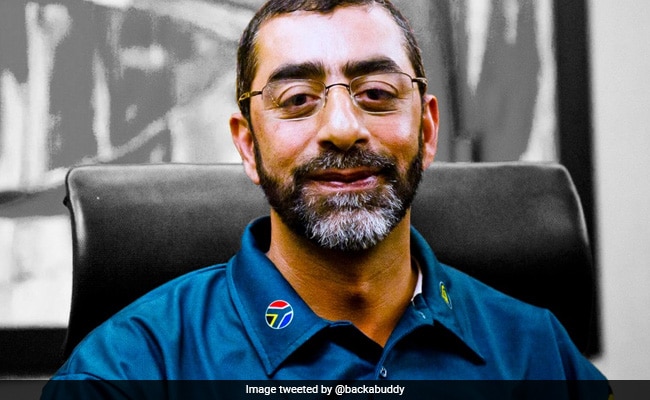 Dr Imtiaz Sooliman started 'Gift Of The Givers' in 1994.

Indian-origin philanthropist and founder of disaster relief group 'Gift Of The Givers', Dr Imtiaz Sooliman has won the prestigious South African of the Year Award run by the Daily Maverick newspaper.

South Africans across the board voted for Sooliman, putting Deputy Chief Justice Raymond Zondo in second place. Zondo heads the Commission of Inquiry into State Capture, which investigates fraud and corruption in the public sector, including state organs.

Dr Sooliman, in his acceptance speech at the Al Quds Mosque in Cape Town on Friday, called on Muslims worldwide to engage in caring for all communities to change Islamophobic perceptions.

Dr Sooliman started 'Gift Of The Givers' after his religious mentor in Turkey asked him to do so in 1994.

Since then, the charitable and relief organisation has undertaken relief work in more than 44 countries after natural disasters such as earthquakes as well as assisting people in war-torn countries.

Besides the Middle East, Eastern Europe and many countries in Africa, 'Gift Of The Givers' teams have also assisted during natural disasters in India and Pakistan.

Relying almost entirely on donations and the obligatory 'zakat' tax paid by Muslims, 'Gift Of The Givers' has provided almost 4 billion rand (USD 260 million) worth of aid to drought-stricken areas, ranging from mobile hospitals, food hampers, and digging boreholes.

The doctor recalled how his religious leader in Turkey had instructed him to establish the organisation 'Waqful Waqifin', which translates to 'gift of the givers' from Arabic.

"My son, the Sheikh said, you will serve all people, of all religions, of all races; all colours, all cultures; all classes, of any geographical locations and of any political affiliation, but you will serve them unconditionally. You will expect nothing in return, not even a thank you," recalled Dr Sooliman, who practises medicine.

"When we go into an area to do our work, we don't look at their belief systems. Whether they are Hindu, Muslim or Christians, whatever they may be, we don't go to be judgemental about anyone," he said.

"This award came by South Africans who had voted across cultures, across religions, across people who do not have any faith too, but all of them were willing to vote for me," Dr Sooliman said this symbolised that people in their souls, support goodness.

Dr Sooliman is recognised internationally for his works, winning scores of awards and accolades over the decades, lauded by South African and foreign heads of state for his organisation's assistance during times of crises.

Dr Sooliman said if all Muslims believed in these principles of caring for their fellow citizens, it would go a long way towards eradicating the scourge of Islamophobia and perceptions that Islam supports terrorisms.

"We mustn't say Palestinians only; Syrians only; Iraq only; Afghanistan only; like other cultures don't exist. We go to every area to see the same pain, hardship and anxiety that we have. When you bring ease to that, they will never forget you and that Muslims brought goodness," he said.

Dr Sooliman used the example of a mosque in Cape Town using its facilities to hand out Christmas parcels to the needy on behalf of the Gift of the Givers.

"There couldn't be a better example of building relations," he said in conclusion.