Vice Admiral SH Sarma was the Flag Officer Commanding Eastern Fleet during the 1971 war in which India had defeated Pakistan, subsequently leading to the creation of Bangladesh. 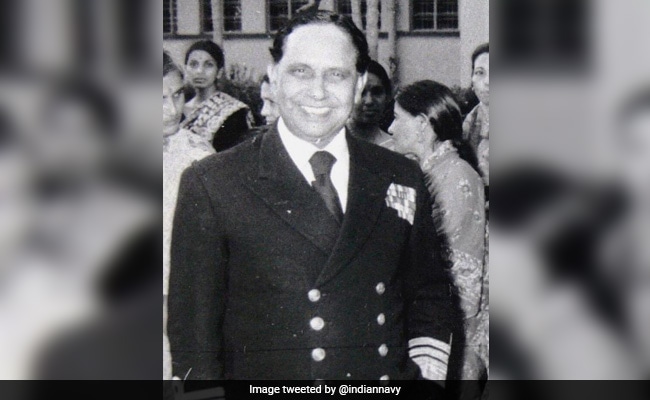 The Indian Navy's 1971 Indo-Pak war veteran Vice Admiral SH Sarma passed away on Monday at the age of 100, his family said.

Vice Admiral Sarma was the Flag Officer Commanding Eastern Fleet during the 1971 war. India had defeated Pakistan in the 1971 war that led to the creation of Bangladesh.

Officials said Vice Admiral Sarma also served as Flag Officer Commanding-in-Chief (FOC in C) of the Eastern Naval Command. He breathed his last at 6.20 pm at a private hospital in Bhubaneswar.

His remains will be taken to his residence on Tuesday, where people can pay tributes to him, his family said in a statement. The cremation will be performed on January 5.

A Navy spokesperson, however, said Sarma turned 99 on that day.

"Deeply saddened to learn about the passing away of one of #Odisha's illustrious sons, Vice Admiral S H Sarma, PVSM. The veteran soldier led from the front during many battles India has fought. My thoughts & prayers are with the bereaved family and friends," Odisha Chief Minister Naveen Patnaik tweeted.

Condoling his death, Captain Sanjeev Verma, Station HQ, 120 Batallion, Bhubaneswar, said in a message: "He was always a source of inspiration to us. His crucial role as FOC in C of Eastern Naval Command in strategising India's Victory in the Bay of Bengal has mostly remained unspoken."