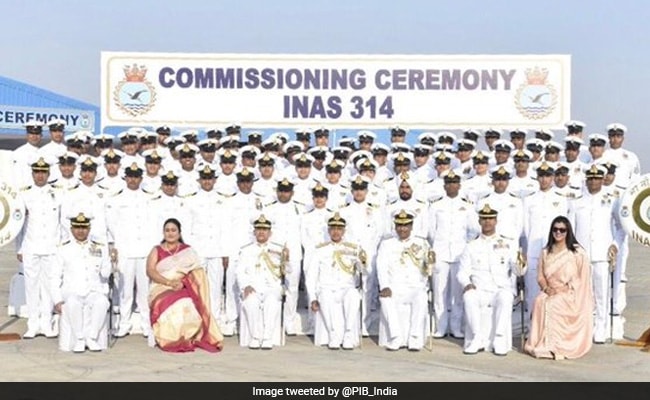 This was the sixth Dornier aircraft squadron to be commissioned by the Indian Navy.

The Indian Navy has commissioned its sixth Dornier aircraft squadron in strategically located Porbandar town of Gujarat, giving a fillip to coastal security near the sea border with Pakistan.

Commissioning of Indian Naval Air Squadron (INAS) 314 marks yet another milestone in our efforts towards enhancing maritime security and our surveillance footprint in the North Arabian Sea, Pawar said, addressing a gathering on the occasion.

The squadron, owing to its strategic location, will act as the first responder in this crucial region, he said.

This was the sixth Dornier aircraft squadron to be commissioned by the Indian Navy.